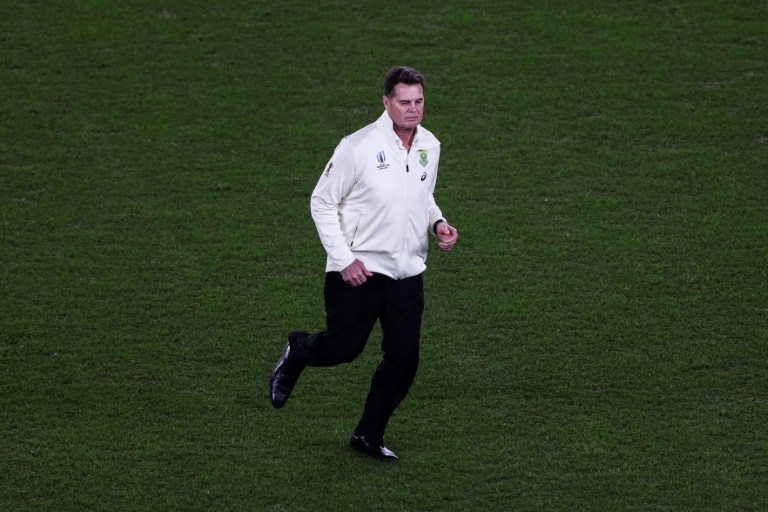 Rassie Erasmus posted an online video showing what he claims are errors by officials. AFP/Behrouz Mehri

SYDNEY - Rugby Australia on Friday said "public attacks" on referees by South African rugby director Rassie Erasmus were "unacceptable" after he released an hour-long video critiquing officials in the first Test against the British and Irish Lions.

The comments from Erasmus, which targeted Australian referee Nic Berry and other officials, were "against the spirit and values of the game", Rugby Australia said in a statement.

"There is no place for abuse of match officials in Australian Rugby," the statement said.

In the video, posted to online platform Vimeo, Erasmus highlights 36 clips which he claims show errors by Berry and other officials in the match won 22-17 by the Lions.

"As a highly regarded and respected international referee appointed by World Rugby, the attack on Nic's integrity, character and reputation is unacceptable," Marinos said.

"It is important to ensure public attacks of this nature are not tolerated. We will continue to provide support to Nic at this time, as both his physical and mental wellbeing remains a priority for us."

Berry and the other three officials will also handle the second Test in Cape Town on Saturday.

New Zealand's Ben O'Keeffe will take over from Berry with the whistle while Berry and Mathieu Raynal of France will be the assistant referees.

South African Marius Jonker, who was subjected to criticism and online abuse after the first Test, will again operate as the television match official.