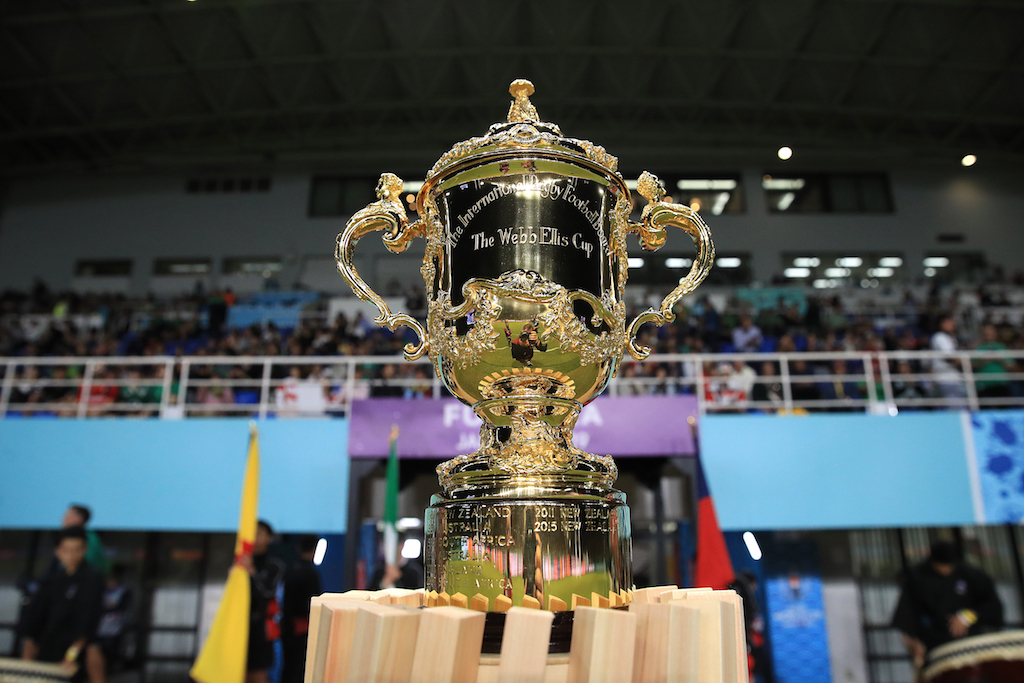 A general view of the trophy during the 2019 Rugby World Cup.

PARIS - The 2027 and 2031 men's Rugby World Cups will be attributed at the same time under a new set of rules governing the holding of major tournaments announced on Friday.

The hosts will be announced in May 2022, when those for the 2025 and 2029 women's tournaments will also be decided, World Rugby said.

"In a ground-breaking move, World Rugby will award hosting rights to its next two men's and women's Rugby World Cups within the same process," the body said.

The bid process will begin in February 2021 and World Rugby said it expected "strong hosting interest".

The more compact timetable for countries bidding to host the World Cup is partly due to the impact of coronavirus, it added.

It also attracted the biggest-ever domestic broadcast audience for a rugby match of more than 54 million.

Australia is among the nations bidding to host the 2027 men's edition.

Welcoming the announcement of the selection process, Rugby Australia Chairman Hamish McLennan said: "With France set to host the next World Cup in 2023 and following previous editions in the United Kingdom and Japan in 2015 and 2019 respectively, we firmly believe that the World Cup in 2027 has to be in the southern hemisphere."