Russia blocking of Black Sea would be 'unjustified': NATO 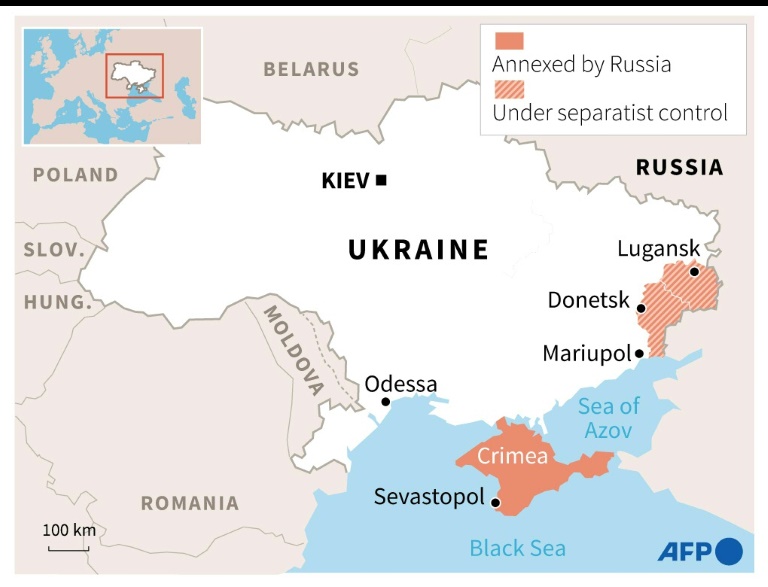 Map of Ukraine locating regions under separatist control and the Crimea, annexed by Russia

BRUSSELS - Russian plans to block parts of the Black Sea would be "unjustified", NATO said Friday, calling on Moscow "to ensure free access to Ukrainian ports in the Sea of Azov, and allow freedom of navigation".

Russian state media have reported that Moscow intends to close parts of the Black Sea to foreign military and official ships for six months.

Such a move could affect access to Ukrainian ports in the Sea of Azov, which is connected to the Black Sea through the Kerch Strait, on the eastern tip of the Crimean peninsula annexed by Russia in 2014. 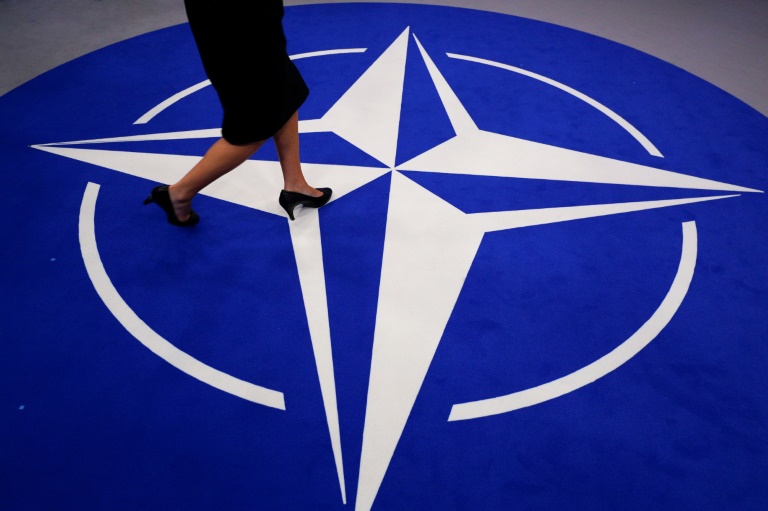 Blocking the Black Sea would "be an unjustified move, and part of a broader pattern of destabilising behaviour by Russia," a spokeswoman for NATO chief Jens Stoltenberg said

The move has triggered concerns in the United States and the European Union.

Russia's "ongoing militarisation of Crimea, the Black Sea and the Sea of Azov are further threats to Ukraine's independence, and undermine the stability of the broader region," a spokeswoman for NATO chief Jens Stoltenberg said in a statement.

Blocking the Black Sea would "be an unjustified move, and part of a broader pattern of destabilising behaviour by Russia," she added.

NATO called on Russia to "de-escalate immediately, stop its pattern of provocations, and respect its international commitments".

Pentagon spokesman John Kirby noted that Russia was justifying plans to block the Black Sea until October on the grounds that it is preparing military exercises.

"Russia has a history of taking aggressive actions against Ukrainian vessels and impeding international maritime transit in the Black Sea, particularly near the Kerch Strait," he told reporters.

"It's just the latest example of its ongoing campaign to undermine and destabilise Ukraine," he added, reaffirming Washington's "unwavering support for Ukraine's sovereignty and territorial integrity".

"We call on Russia to cease its harassment of vessels in the region, and reverse its build-up of forces along Ukraine's border and occupied Ukraine."

The Kerch Strait is of crucial importance for the export of grain and steel from Ukraine.

It became a scene of confrontation in 2018 after Russia seized three Ukrainian ships there over alleged violations of its territorial waters. 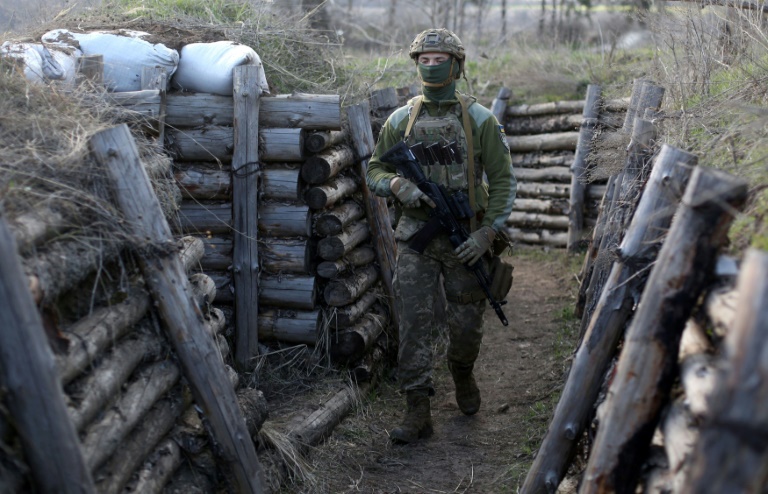 A Ukrainian soldier on patrol in a trench in Schastya, Lugansk region, near the frontline with Russia backed separatists

Ukraine had been free to navigate the Kerch Strait along with Russia until 2014, when Moscow claimed full control of the waterway after annexing Crimea.

Tensions between Russia and the West have been escalating in recent weeks following an uptick in fighting between Ukraine's army and pro-Russia separatists in eastern Ukraine.

Moscow has amassed tens of thousands of troops along Ukraine's northern and eastern borders, as well as in annexed Crimea, sparking warnings from NATO.