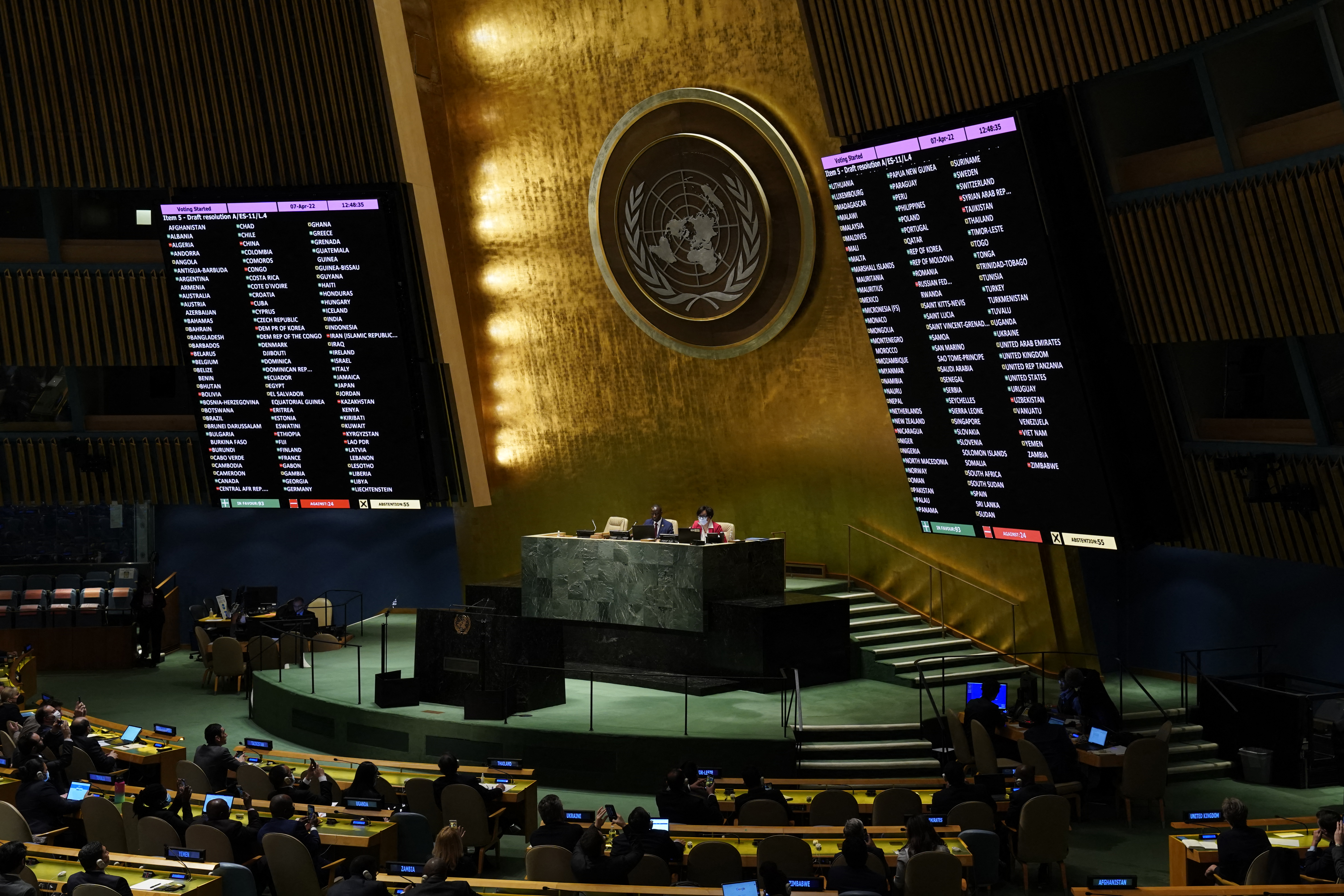 The board showing the passage of the resolution during a UN General Assembly vote on a draft resolution seeking to suspend Russia from the UN Human Rights Council in New York City on April 7, 2022.
TIMOTHY A. CLARY / AFP

PRETORIA -  South Africa has abstained from voting on the suspension of Russia from the UN Human Rights Council.

193 members of the United Nations General Assembly voted on America’s initiative to have Russia suspended after allegations of human rights violations in Ukraine.

The General Assembly voted to suspend Russia with 93 countries voting in favour, 24 against, and 58 abstentions.

South Africa’s Deputy Ambassador to the UN, Xolisa Mabhongo says while the country is concerned with the loss of life, it encourages mediation and dialogue.

Mabhongo said, "South Africa is of the firm belief that the tabling of the resolution that we will consider today [Thursday] is premature and pre-judges the decision of the commission of Inquiry."

"We must allow the commission to undertake its mandate and report to the Human Rights Council on its outcomes. The resolution will further divide the matter and the general assembly itself."

"South Africa maintains that in considering the suspension of a member we must be consistence and not be selective. For these reasons South Africa will abstain on the resolution, thank you Mr President.”