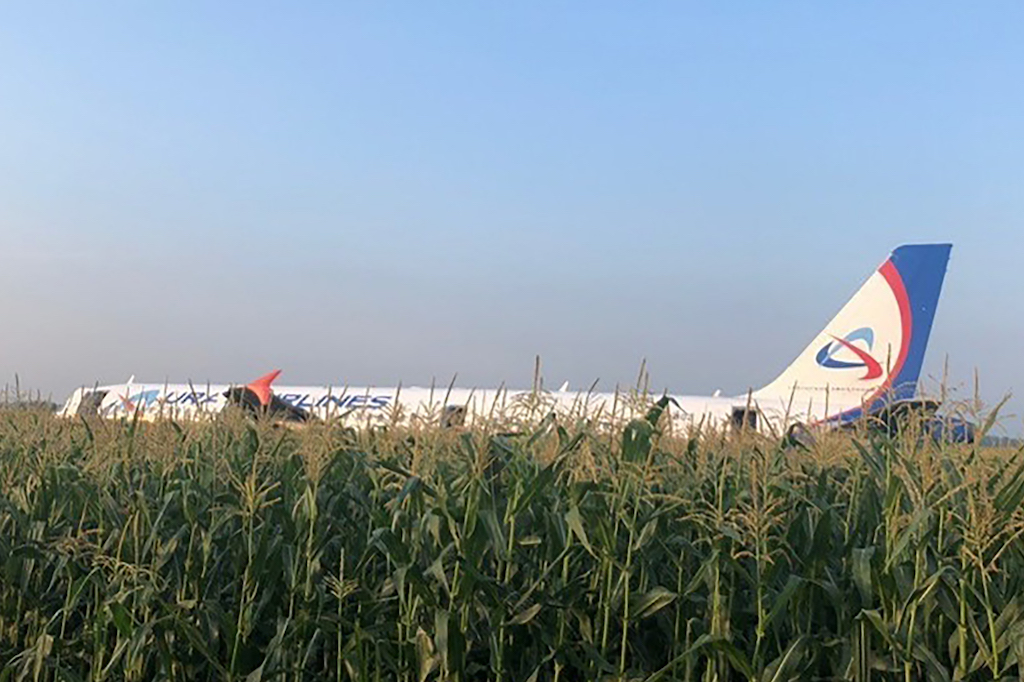 This handout picture taken by the Investigative Committee of Russia shows the Ural Airlines Airbus A321 after a hard landing on a cornfield outside Moscow's Zhukovsky airport.

MOSCOW - A Russian pilot was being hailed as a hero on Thursday for landing an Airbus carrying more than 230 people in a Moscow cornfield after a bird strike.

The Ural Airlines A321 flying to Crimea hit a flock of seagulls shortly after take-off from Moscow's Zhukovsky airport on Thursday morning, the Rosaviatsia air transport agency said in a statement.

Birds were sucked into the engines and the crew decided to immediately land, bringing the plane down in the cornfield a kilometre from the runway, with the engines off and the landing gear retracted.

The aircraft, carrying 226 passengers and seven crew, was evacuated using inflatable ramps, with some passengers taken to hospital and others back to the airport.

The health ministry said 23 people were hospitalised, including nine children. Seven people were being kept in for observation, including a 28-year-old man who suffered a concussion.

"It all happened in a few seconds... We took off and came back down," passenger Irina Usacheva told state television channel Rossiya 24.

The pilot, Yekaterinburg native Damir Yusupov, was praised for his quick thinking.