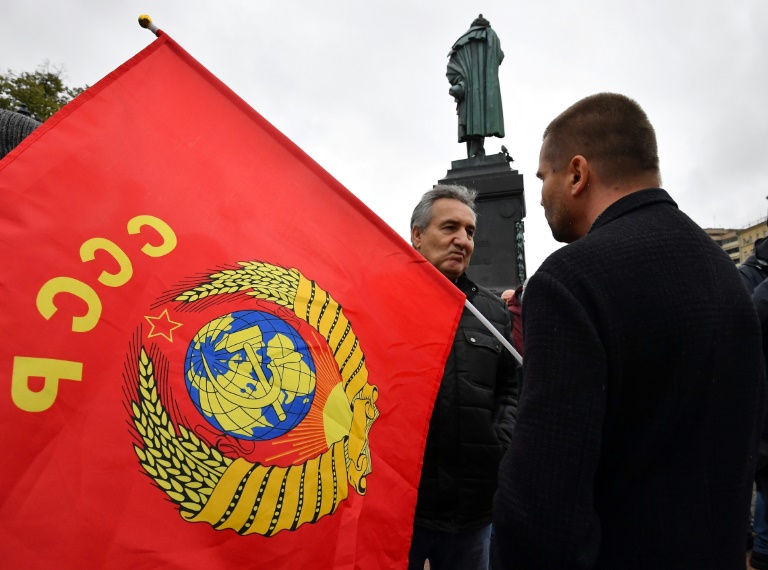 MOSCOW - Over a thousand Russians including prominent members of the Communist Party packed Saturday a central square in Moscow to protest what Kremlin critics call mass electoral fraud as police detained a number of activists.

Opponents of President Vladimir Putin have accused the authorities of fraud after results showed the deeply unpopular ruling United Russia party winning a sweeping majority in parliament at legislative polls this month.

The three-day vote took place following a historic crackdown on the opposition, with authorities imprisoning Putin's most vocal critic Alexei Navalny and formally outlawing his organisations.

With nearly all vocal Kremlin critics barred from running, many Russians in Moscow and elsewhere backed the Communists as a form of protest voting, some for the first time.

More than a thousand protesters packed Pushkin Square on Saturday as Communist figures decried what they called a stolen election, an AFP correspondent said. 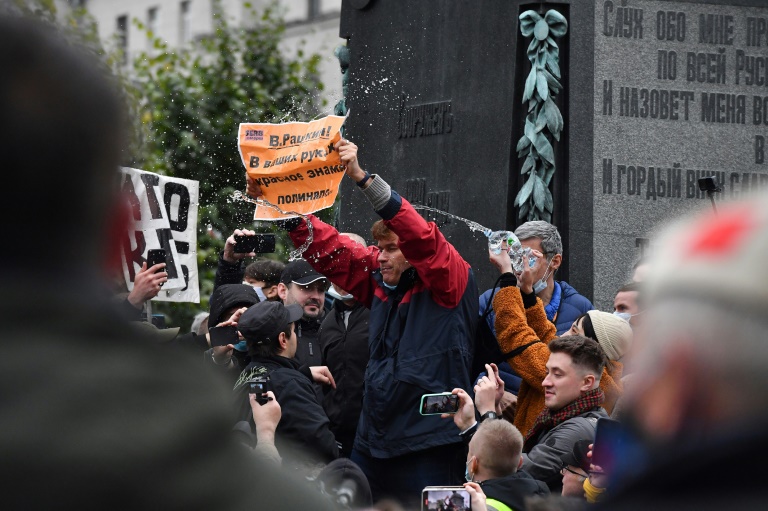 The crowd chanted "Putin is a thief!" and called for the release of political prisoners.

Some protesters carried signs demanding a  recount, others expressed support for Navalny.

Ahead of the protest, authorities detained a number of activists including Sergei Udaltsov, head of a radical socialist group, Left Front, said OVD-Info, which tracks detentions at opposition rallies.

Authorities beefed up the police presence on the square but members of law enforcement did not break up the rally. Instead they played loud music in an effort to drown out the speakers.

He and other Communists took particular issue with electronic voting results in Moscow which reversed Communist Party candidates' leads during the September 17-19 vote.

Communist lawmaker Alexei Kurinny praised Muscovites for being at the forefront of a fight for fair elections.

"Whoever steals votes is a criminal," he told the rally.

Veteran Communist leader Gennady Zyuganov, who along with other party leaders was set to meet with Putin, did not attend the rally. 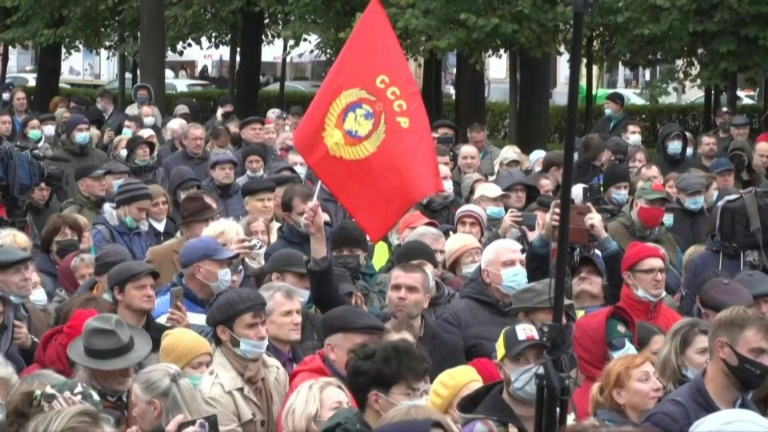