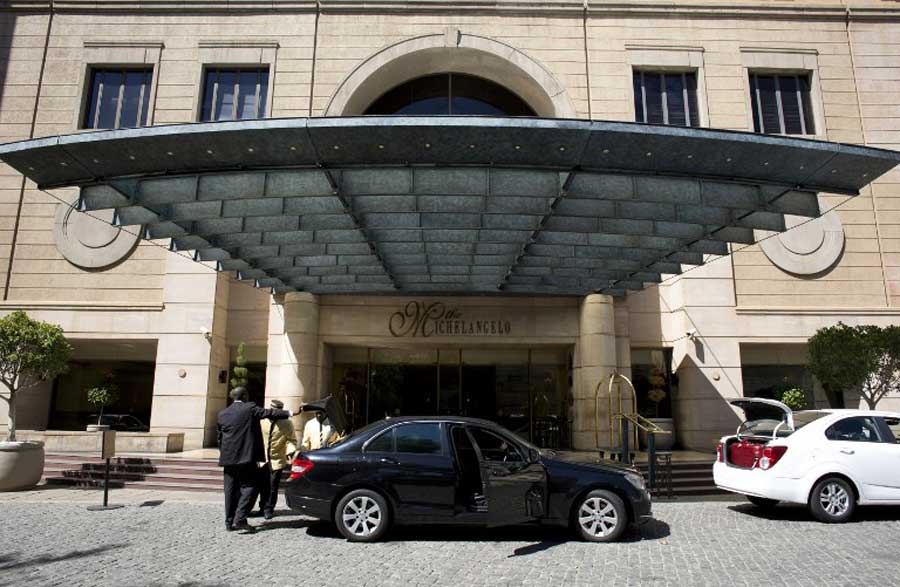 A picture taken on January 2, 2014 in Johannesburg shows the entrance of the "Michelangelo" hotel where the body of Colonel Patrick Karegeya, former head of Rwanda's external intelligence service, was found strangled.

JOHANNESBURG - South African prosecutors have claimed "close links" existed between the suspects in the murder of a Rwandan dissent and the regime of President Paul Kagame, according to a letter released by a Johannesburg court Monday.

Patrick Karegeya, who was found strangled in a Johannesburg hotel on New Year's Day 2014, was a former spy chief under Kagame in Rwanda.

He then fell foul of the regime and became a dissident in exile in South Africa.

In an explosive letter released by judge Mashiyane Mathopa, the South African public prosecutor's office said in June 2018 "close links exist between the suspects and the current Rwandan government".

"It seems that all Rwandan suspects left" South Africa "in 2014 to return to Rwanda," added the prosecutor in the letter.

The judge ordered investigators to explain within 14 days if any steps had been taken to try to arrest the suspects.

The body of Karegeya, a former spy chief in Rwanda in charge of foreign intelligence, was found in the luxury Michelangelo Hotel of Johannesburg's business district on January 1, 2014.

An autopsy determined that Karegeya, who had also served as a close aide to Kagame, died allegedly on December 31, 2013, but no one has been charged with his death.

Under Kagame's regime, Karegeya took charge of foreign intelligence services for a decade, until he fell into disgrace. He was jailed twice, in 2005 and 2006.