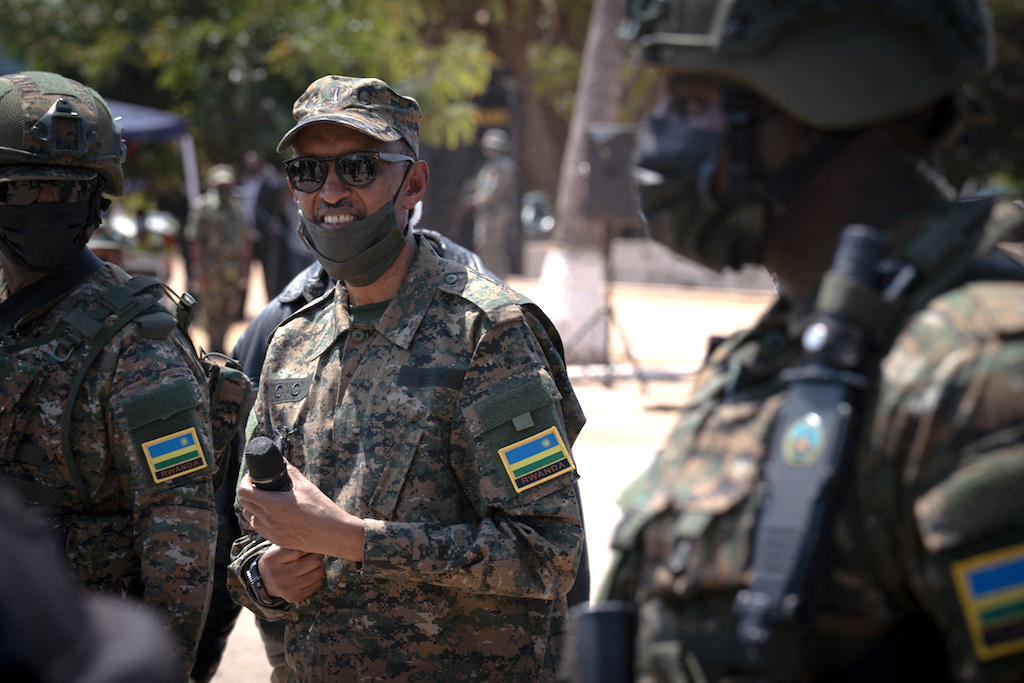 PEMBA - Rwandan President Paul Kagame visited troops in northern Mozambique sent to help fight jihadist militants, thanking them for their "sacrifices" at the start of a two-day visit to the affected province.

Rwanda in July was the first of several African countries to provide reinforcements to Mozambique's army, overwhelmed by an insurgency in its gas-rich Cabo Delgado province linked to the Islamic State.

"The work hasn't been easy," Kagame told his soldiers.

"You have done great work alongside Mozambican troops... sacrificed and endured days and nights in the scorching sun, heavy rains," he praised.

Rwanda sent close to 1,000 troops to Mozambique in July.

Mozambican and Rwandan forces notched up a major victory in August, when they drove insurgents out of their de-facto headquarters in the port city of Mocimboa da Praia.

"The rebels better know that we won't sit back and let them return and threaten the lives of the people in Cabo Delgado," Kagame said.