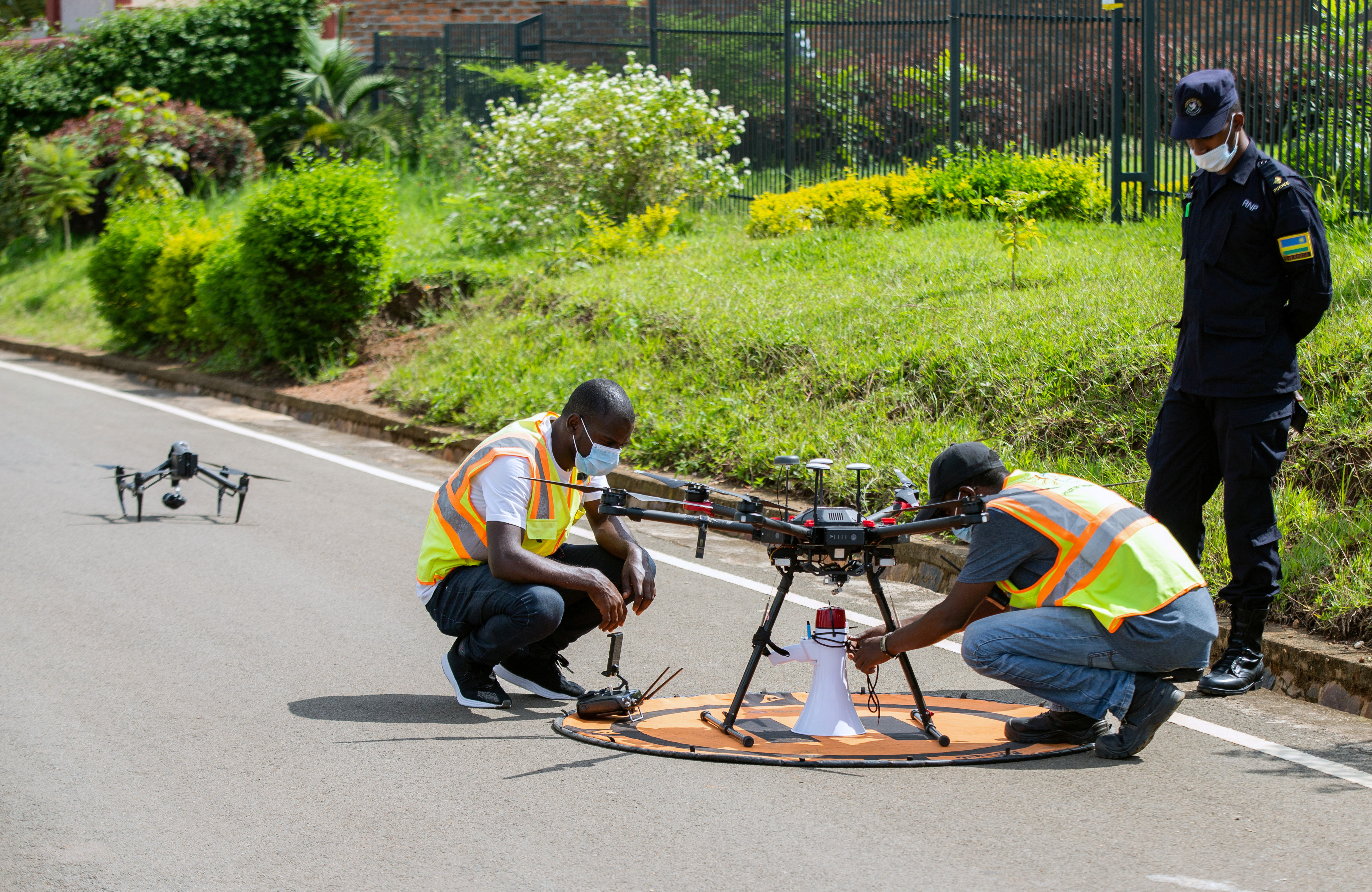 File: Rwandan police prepare to fly a drone fitted with a megaphone in a residential neighbourhood to enforce a lockdown to stem the coronavirus disease (COVID-19) outbreak in Kigali, Rwanda April 15, 2020. Picture taken April 15, 2020.

KIGALI - Tech-savvy Rwanda is using drones to keep residents of the capital Kigali informed of coronavirus lockdown measures - and help catch those who abuse them.

While police stop cars and pedestrians on streets to ask why they are out, two drones buzz above them, one loudly broadcasting instructions and the other monitoring movements.

"Drones are flying in areas where checkpoints are not mounted and where patrols could not be there," said police spokesman John Bosco Kabera.

Among culprits have been a pastor who pretended to be on her way to give a radio interview when in fact she was heading to church despite the ban on public gatherings.

She was arrested and held for several days.

In another case, a man with permission to supply food was found transporting liquor instead, Kabera said.

"Just stay at home. That's what we are enforcing."

Like many African nations, Rwanda has relatively few coronavirus cases so far - just 138 confirmed, with no deaths - but there are fears the pandemic could do far worse damage in the world's poorest continent in coming months.

Rwanda began a major lockdown on March 21, with residents only allowed to leave their homes to buy food or medicine and travel between cities and districts forbidden. On Friday, those measures were extended until April 30.

Rwanda has long aspired to be a regional technology hub, but its use of drones to combat the coronavirus is not unique.

From Indian slums to English countryside, a host of nations are deploying drones to publicize rules, check movements and even spray disinfectant.

Rehema Kanyana, a 50-year old Rwandan mother of four, said she had only left home once since the lockdown came into effect on March 21, to withdraw cash to take one of her children to hospital, but was struck by the strict enforcement.

"On the way to hospital, police stopped us like four or five times," she said. Staying at home was tough for many, who were short of food, she added, though state handouts were helping.