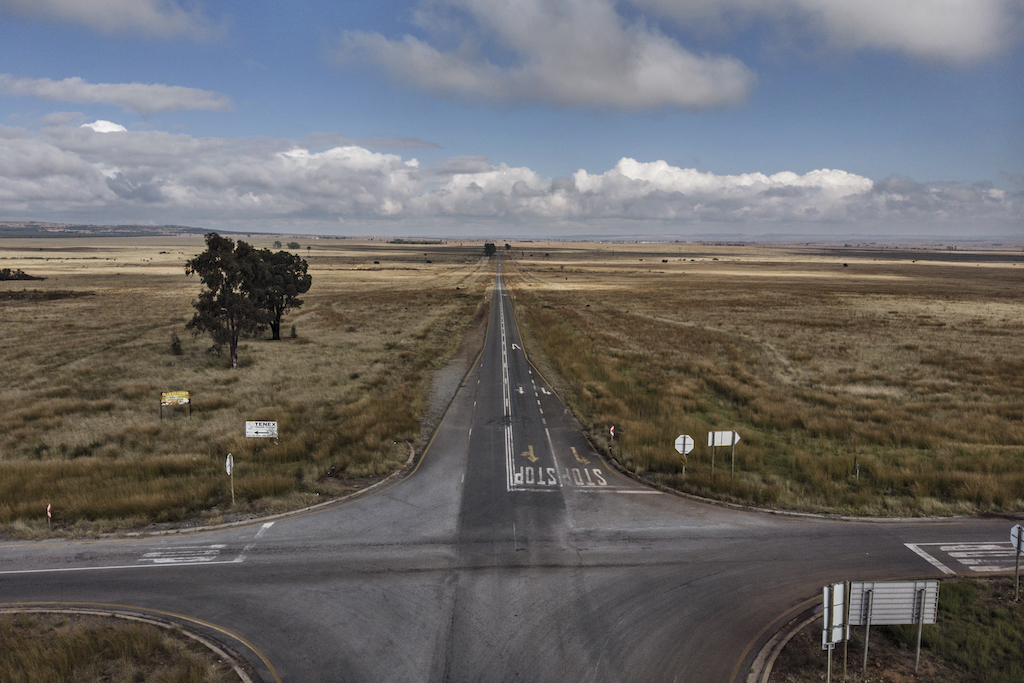 In this file photo taken on April 29, 2020 shows a deserted crossroads in the middle of farmland near Carletonville, as the government attempts to halt the spread of the new coronavirus (COVID-19).

The programme involving some 700,000 hectares of vacant or underutilised land will also create jobs, he said.

Plots will be available for 30-year lease, providing they are put to agricultural use, starting later this month, according to an announcement last week by the Land Reform department.

The initiative is part of a wider land reform programme aimed at fixing disparities caused by decades of apartheid and colonialism during which most of the land was reserved for the minority white population.

"Given our history, broadening access to agricultural land for commercial production and subsistence farming is a national priority," Ramaphosa said in a weekly letter to the nation.

"With land ownership still concentrated in the hands of the few, and agriculture primary production and value chains mainly owned by white commercial farmers, the effects of our past remain with us today."

Ramaphosa noted that while the state had already sold or leased 8.4 million hectares of land to "previously disadvantaged individuals" between 1994 and 2018, only 10-percent was commercial farmland.

When the ANC came to power in 1994 on the back of the victorious anti-apartheid struggle, the government pledged to redistribute 30 percent of South Africa's 60,000 commercial farms to blacks.

A 2017 study led by former president Kgalema Motlanthe painted the picture of a "slow and ineffective pace of land reform".

Ramaphosa also stressed the importance of boosting agriculture in a country where more than 40 percent of the rural population and almost 60 percent of city dwellers had "inadequate access to food" in 2019 - figures likely to have increased this year because of the coronavirus pandemic.

Women, youth and people with disabilities will be given priority access to the state farm leases, which are non-transferable and include compulsory training.

More than two million South Africans lost their jobs between April and June this year as a result of lockdowns imposed to curb the spread of the coronavirus.

In addition, unemployment is consistently higher among black South Africans, according to government statistics.

Ramaphosa hoped the farm leases - which will come with an option to buy - would "transform the agricultural landscape".

"They must dispel the stereotype that only white farmers are commercially successful... and that black farmers are perpetually 'emerging'," he wrote.

Parliament is meanwhile debating constitutional amendments that would allow the expropriation of certain farmland without any compensation.

A deadline for its decision was pushed back to the end of December 2020 due to coronavirus.