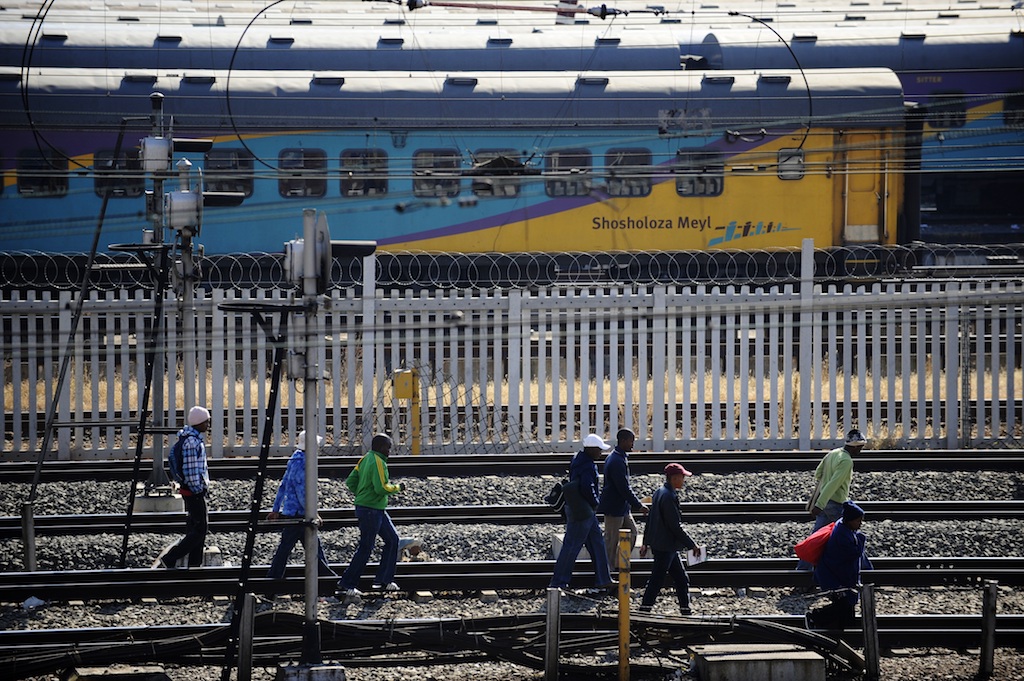 People walk on the railway track, near a Shosholoza Meyl train.

With the easing of the nationwide lockdown regulations, certain public transport sectors are now being permitted to operate.

Mbalula also announced that rail operations are permitted to carry a maximum of 70 percent of their ​​​licensed passenger capacity.

Metrorail announced on Monday that was all systems go for the Cape flats line.

For five months, commuters from Heathfield, Athlone, Maitland and Huisendal have had to find alternative transport due to the lockdown.