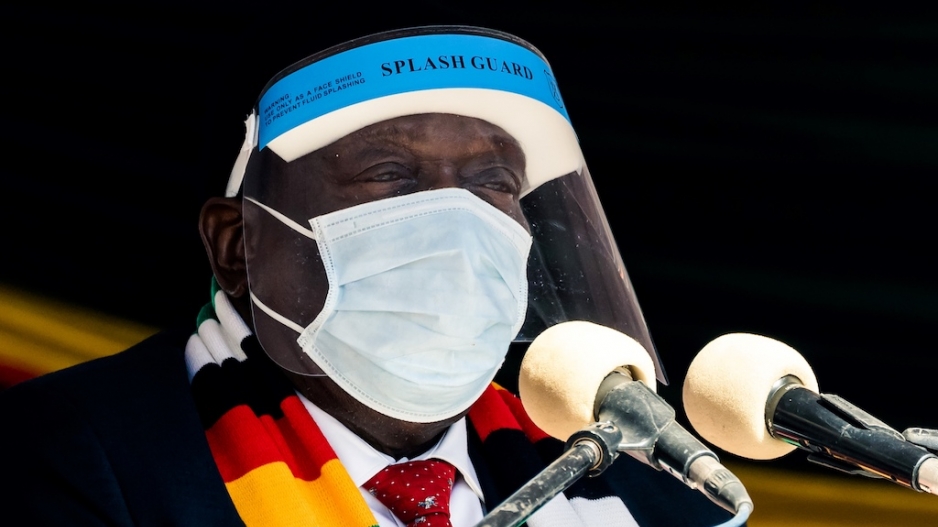 HARARE - A South African delegation landed in crisis-hit Zimbabwe on Tuesday to mediate an end to a crackdown on dissent in the southern African country.

Years of repression in Zimbabwe worsened in the run-up to banned anti-government protests on July 31, during which at least 20 demonstrators were arrested and charged with inciting public violence.

Zimbabwe President Emmerson Mnangagwa has since vowed to "flush out" the "bad apples" attempting to "divide our people" - stoking concern among social activists and opposition figures already targeted by the regime.

But the delegation did not meet with opposition parties and was widely criticised for failing to confront Mnangagwa, prompting President Cyril Ramaphosa to send another set of envoys.

At least six members of the ANC landed in Zimbabwe's capital Harare on Tuesday evening.

"We are here in Zimbabwe, we are going to meet (the ruling) ZANU-PF," delegation leader and ANC Secretary-General Ace Magashule told reporters upon arrival.

"There are many others who want to meet us, (which) we are still going to decide ourselves," he added.

ZANU-PF said the ANC delegation would meet its officials on Wednesday "to discuss issues of mutual interest".

"We are also aware that this visit is taking place against the backdrop of false claims of a nation in crisis," the party added in a statement, echoing the government's repeated attempts to downplay the situation.

READ: There is a political crisis in Zimbabwe - Lindiwe Zulu

Mnangagwa has grown increasingly hostile towards critics since he took over from his despotic predecessor Robert Mugabe, who was ousted by a coup in 2017.

Many Zimbabweans complain that the situation has grown worse under Mnangagwa.

The first South African delegation, sent to Zimbabwe on August 10, met only with Mnangagwa.

No statement was issued after the visit and Ramaphosa - who is also the current chairman of the African Union - has faced pressure to take a more decisive stance.