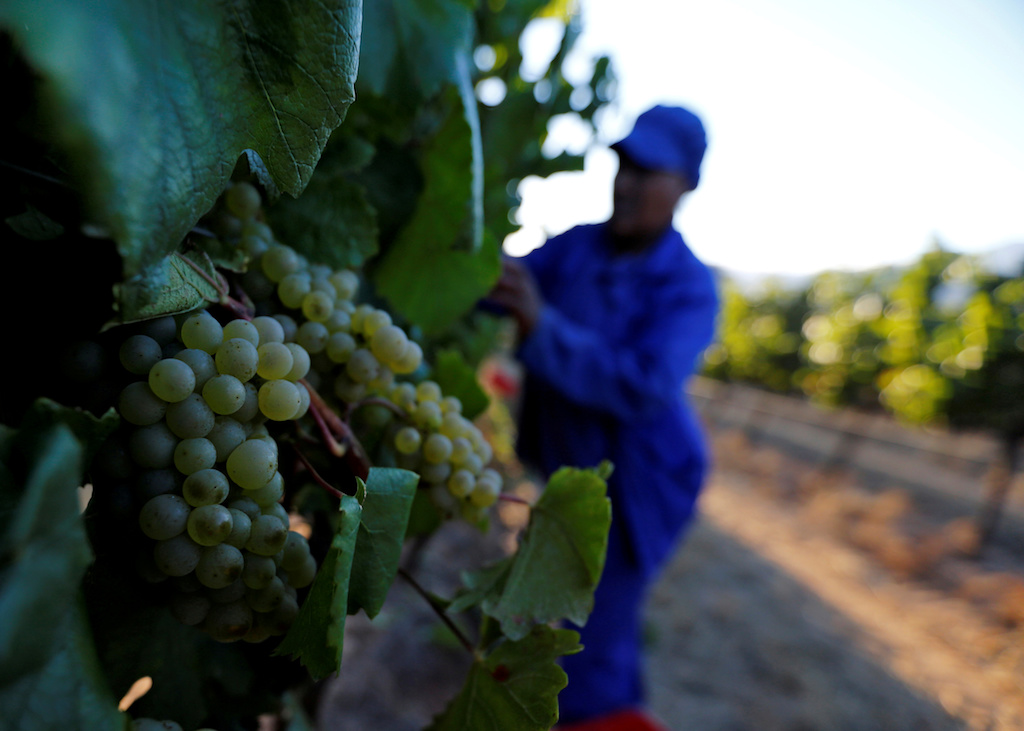 JOHANNESBURG - South Africa plans to reopen its agriculture sector and allow some manufacturing and retail to resume as the country balances the need to restart economic output and curb the spread of the new coronavirus, trade minister Ebrahim Patel said on Saturday.

South Africa has spent a month under restrictions requiring most of the population to stay at home apart from essential trips, leaving many businesses and individuals struggling without income in the recession-hit economy.

President Cyril Ramaphosa said on Thursday that the government will allow a partial reopening of the economy on May 1, with some industries allowed to operate under a five-level risk system.

The country is expected to move onto the fourth level stage of the lockdown on Friday.

"In agriculture, forestry and fishing, that whole sector will begin to reopen, and that will include forestry as well as horticulture and the transport of livestock and animal auctions," Patel said in a televised media briefing.

"In manufacturing, there will a further partial opening of the sectors. The sectors will not be open 100-percent during level four because we need to give firms an opportunity for phased return to work. As a broad baseline 20-percent of all manufacturing workers will begin to restart."

READ: Restaurants to open for food delivery only

Some of the extra manufacturing activities to be scaled to 50-percent production include automotive manufacturing, including components, production of cement and other construction material, as well as stationery production.

In retail, under level four, consumers will be allowed to buy food from restaurants for home delivery, stationery and educational books, tobacco products as well as personal computers and mobile telephones. The sale of liquor will still not be permitted.

Patel said the planned changes will be discussed with industries.

"It has been a hard balancing act, every industry, every worker wants to return to work, but we need to strike a careful balance between getting to work as rapidly as possible and containing the spread of the virus and saving lives," he said.

There will still be restrictions on travel and exercise, with curfews implemented between 8pm and 5am, cooperative governance minister Nkosazana Dlamini-Zuma said.

South Africa has recorded 4,220 confirmed cases including 79 deaths with 152,390 people tested for the virus.

Ramaphosa on Tuesday announced a R500-billion rescue package, equivalent to 10-percent of the GDP of the country, aimed at cushioning the blow from the new coronavirus on businesses and poor households.

END_OF_DOCUMENT_TOKEN_TO_BE_REPLACED

Medical fraternity calls for justice after doctor is killed