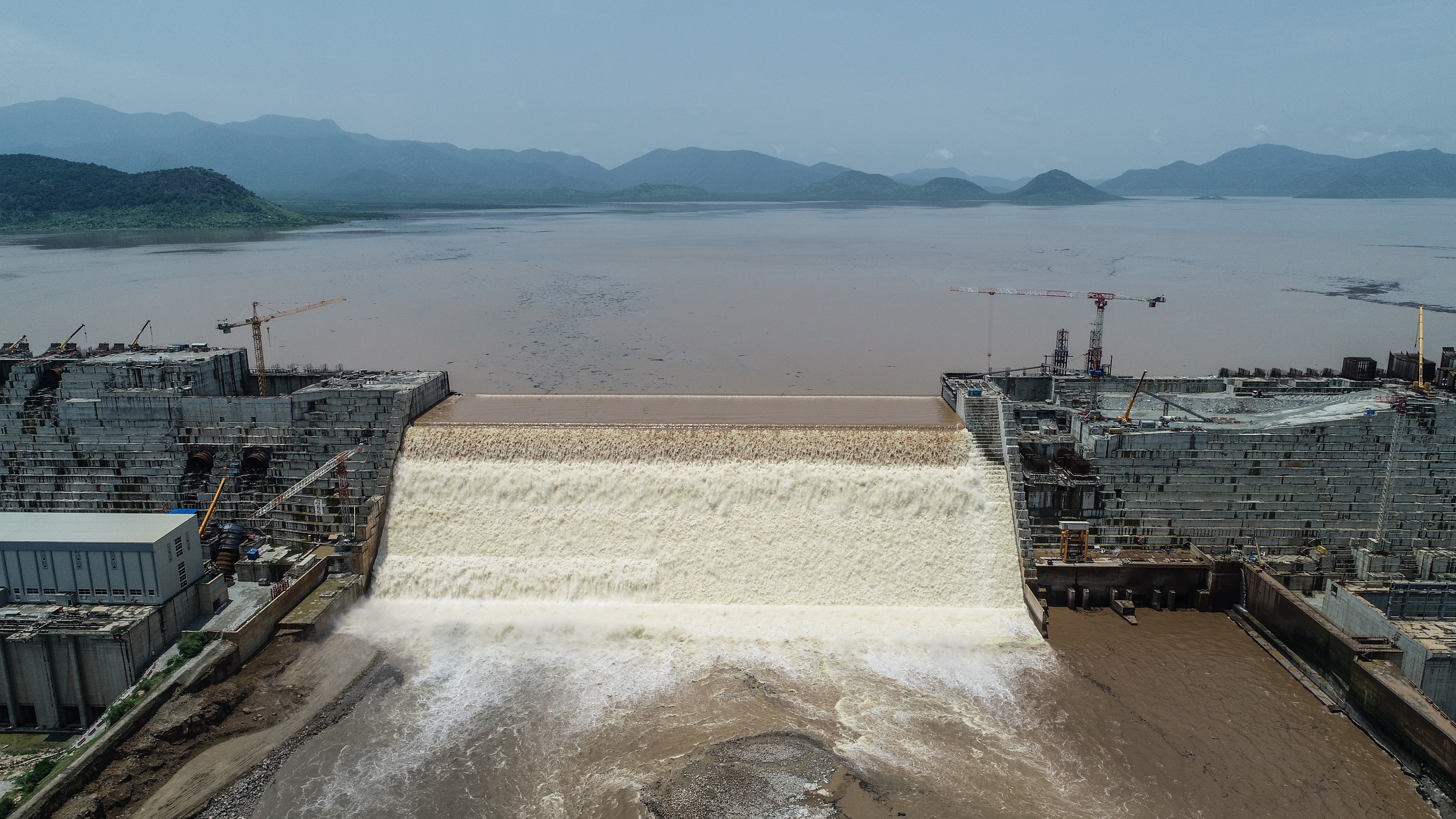 An aerial view of the Grand Ethiopian Renaissance Dam on the Blue Nile River in Guba, northwest Ethiopia. AFP/Adwa Pictures

JOHANNESBURG - South Africa, current mediator in a long-running feud over Ethiopia's dam on the Blue Nile, on Thursday urged talks to continue despite threats of suspension and walkout.

Egypt on Tuesday called for a halt in the talks while Sudan threatened to withdraw, rattling efforts to calm the dispute.

In a statement, South Africa, which as current chair of the African Union (AU) has been acting as mediator, said negotiations were at a "critical phase" and it "encourages the parties to remain engaged".

"We would like to urge them to continue to be guided by the spirit of Pan-African solidarity and fraternity, which has characterised the AU-led negotiations process on the GERD," International Relations Minister Naledi Pandor said.

The Grand Ethiopian Renaissance Dam (GERD) has been a source of tension in the Nile River basin ever since Ethiopia broke ground on it in 2011.

Egypt and Sudan view the dam as a threat to vital water supplies, while Ethiopia considers it crucial for its electrification and development.

"It is important that the parties should display magnanimity and understanding of each other’s interests so as to move the process forward,” Pandor said.

Tuesday's warnings were issued after a meeting of tripartite technical and legal committees which are seeking an agreement on how the dam should be filled and operated.

READ: Ethiopia expects Nile dam to be ready to start operation in late 2020

Ethiopia, he said, now insisted that the deal on the dam be linked to the wider question of sharing the waters of the Blue Nile.

"This new Ethiopian position threatens the negotiations under the aegis of the African Union, and Sudan will not participate in negotiations which include the subject of sharing Blue Nile waters," he warned.

Egypt and Sudan invoke a "historic right" over the river guaranteed by treaties concluded in 1929 and 1959.

But Ethiopia uses a treaty signed in 2010 by six riverside countries and boycotted by Egypt and Sudan authorising irrigation projects and dams on the river.

"Egypt and Sudan demanded meetings be suspended for internal consultations," it said.