It is aimed at improving the enforcement of water standards at the municipal level.

Le Roy said it's been a slow onset disaster, and it will be slow to rectify, "but the harder we push the quicker it will be rectified.

WATCH: Ministerial briefing on state of water resources in SA

"Government's aim is to reduce the pollution by 60-percent in our water resources over 36 months. 36 months is quite a difficult target to meet but it has to be met and see if we can improve on it, but these things unfortunately take a while to resolve, but I think on the blue drop side that can be done a lot quicker.

"The only thing is the pollution in our resources means that the cost of production for potable water for municipalities increases cause there’s more pollutants that we need to remove, so we can remove them, and we do remove them but it costs more money and the user has to play cause there’s no money flying around outside of that.” 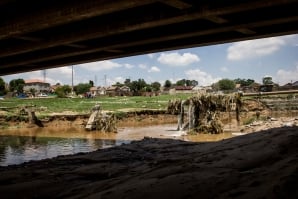