SA will be better under Ramaphosa if he keeps his promises: de Klerk 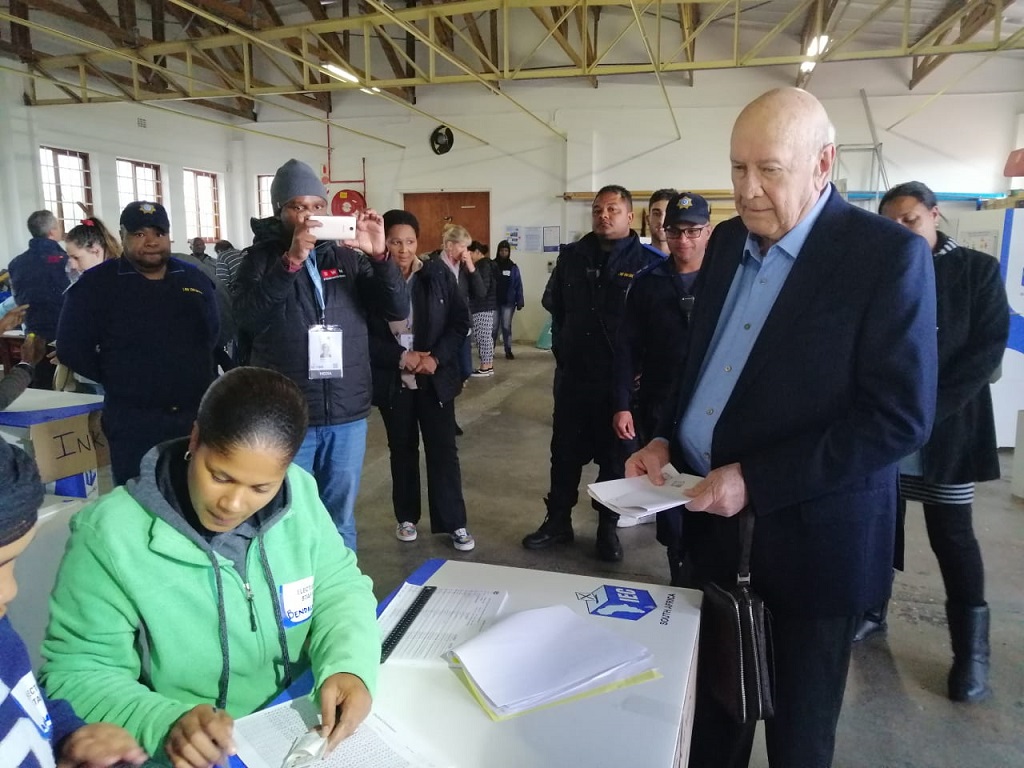 CAPE TOWN - Former President FW de Klerk said South Africa will be a better country under ANC President Cyril Ramaphosa after the 2019 Election, if he keeps his promises.

De Klerk said he has faith in Ramaphosa.

“Everything is not dark in South Africa. There’s light at the end of the tunnel. If the ANC wins and President Ramaphosa keeps his promises, things will get better,” De Klerk said.

De Klerk said his vote will go to a party that commits to a non-racial South Africa.

"For me, promoting non-racialism is extremely important in South Africa and I'm judging parties by their commitment to non-racialism. That will be one of the deciding factors regarding whom I'm going to vote for."

He predicted the DA will stay in power in the Western Cape while the ANC will win the national vote.