National Union of Mineworkers' representatives said the president was incorrectly informed when he said elements of sabotage were involved in Eskom's need for load-shedding. Courtesy of #DStv403

JOHANNESBURG - President Cyril Ramaphosa's claims of sabotage at the Tutuka Power Station is being widely questioned.

The National Union of Mineworkers (NUM) believes the president is being misled.

“Whatever the president has said yesterday, it is nothing but misinformation that was given to him, hence he ends up misleading the country and we sympathise with the president because he was misled.”

READ: What is Stage 6 load-shedding?

Motubatse said for the sabotaged to have happened as claimed by Ramaphosa, three units needed to have been sabotaged.

“The capacity of Tutuka Power Station is 3600 [MW] so if you are about to have 2000 like he [Ramaphosa] is claiming, you will have to have 3 units being sabotaged. Sow when you minus 2000 from 3600 it will give you 1600, meaning that the 2000 will come from the three units that must be sabotaged,” added Motubatse.

An employee at the Tutuka told eNCA that there were unaware of the sabotage.

- Load-shedding could be avoided -

Motubatse said three power stations were currently being shut down.

“They must just bring back those units and we'll have enough capacity,” he said.

END_OF_DOCUMENT_TOKEN_TO_BE_REPLACED 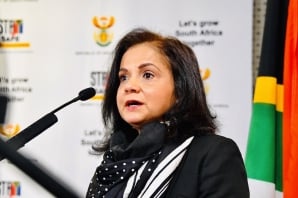