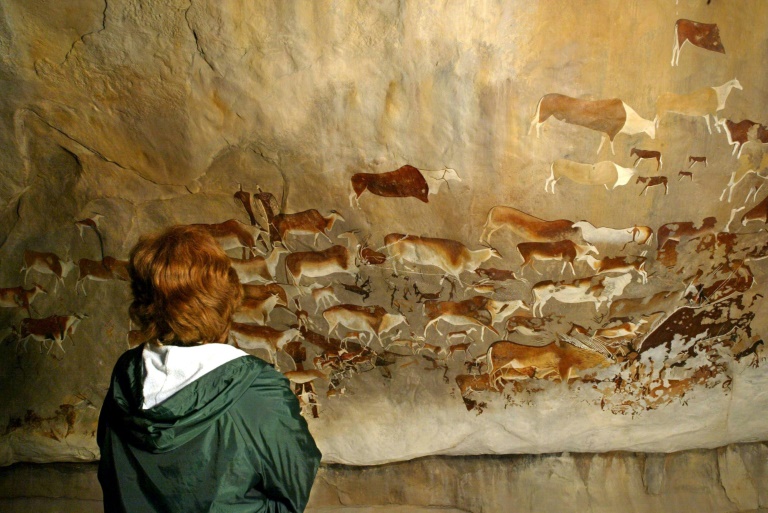 Rock paintings left by the San people in the Drakensberg Mountains. AFP/Alexander Joe

PORT SHEPSTONE - Police said they had arrested a suspect for attempting to sell rock art that may have been ripped from the wall of a cave.

The Hawks made an arrest last week following a tipoff about the sale of a primaeval painting made by the San people, southern Africa's earliest inhabitants.

The search led to the discovery of the artefact and the arrest of its alleged trader in Port Shepstone in southern KwaZulu-Natal, police said.

A 48-year-old suspect appeared in court on Monday and was later released on R1,000 bail pending further investigations.

"The San art rock may have been chiselled from a sandstone cave," Hawks spokesman Philani Nkwalase told AFP.

The seized artefact depicts two antelopes and a man holding a stick or a spear. The sale price was not disclosed.

Police have called in archaeologists and forensic scientists.

"The experts should be able to tell us how old it is and who the buyers would be," Nkwalase said.