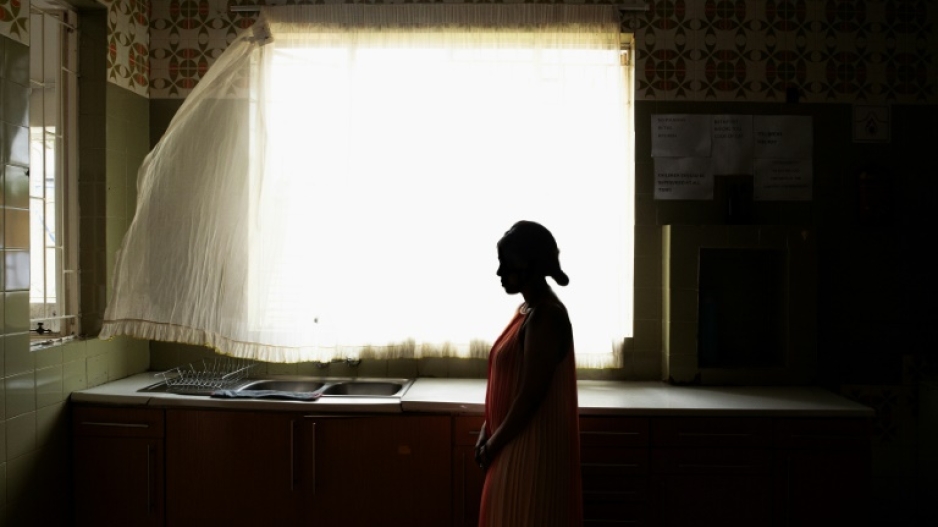 JOHANNESBURG - Donning orange bibs, a group of women fan across a Johannesburg township notorious for crime, knocking on doors and stopping anyone they come across on the streets, including teenagers returning from school.

They are called gender-based violence brigades and their mission is herculean: to confront South Africa's plague of femicide and violence against women and children.

The cases are gruesome, and the numbers are dizzying.

A law student was murdered, her body chopped into pieces and stuffed into a suitcase. Another university student was raped, bludgeoned to death with an industrial weighing scale inside a post office. An eight-months pregnant woman was hanged from a tree.

"We can't just ignore what we (see) until justice takes its course," said Juliet Ngonyama, 52, her orange bib hanging from her shoulders. 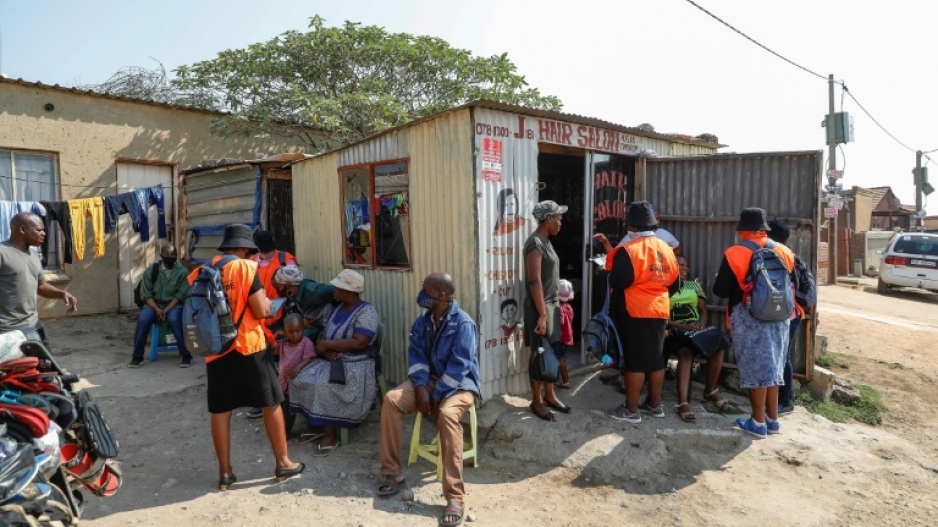 Orange is a symbol of revolution in South Africa. In this case it symbolises the activists' determination to curb the violence that has worsened since the outbreak of the Covid pandemic.

As the women speak with residents, they unearth cases that would have otherwise gone unreported.

Walking in pairs, they engage whoever they come across -- male or female.

South Africa has the unenviable reputation having some of the world's highest levels of violence against women.

More than 100 rapes are reported daily, while on average a woman is murdered every three hours, according to official data.

The latest quarterly crime statistics showed a 7.1-percent increase in rapes, with 9,556 women raped between July and September.

"These statistics are shameful," an exasperated President Cyril Ramaphosa said in November. 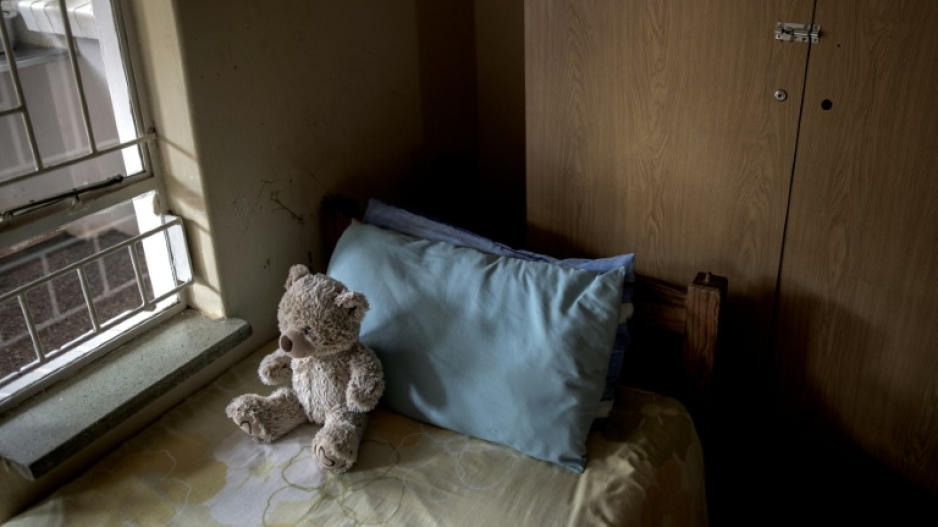 He has characterised violence against women as a "second pandemic" after Covid-19.

"We are in the grip of a relentless war being waged on the bodies of women and children that, despite our best efforts, shows no signs of abating.

"If a nation's character can be judged by how it treats women and children, then we are falling desperately short," he said.

The Gauteng provincial government started the women's brigades in August last year "to ensure that victims are reached out to in their household through a door-to-door campaign," said the campaign's coordinator, Senosha Malesela.

"Overall we are seeing an increased number of... cases being opened in police stations," he said.

On that day in Rabie Ridge township, neighbours alerted the brigades to a 22-year-old woman who had been repeatedly abused by her brother.

She was too petrified to discuss the details because her brother was nearby. Instead, she gave her phone number for the brigades to follow up later that evening.

Women like her, trapped within the same space as their abusers, often end up at shelters. But South Africa only has about 100 such shelters to serve the entire country, and not all provinces fund them well. 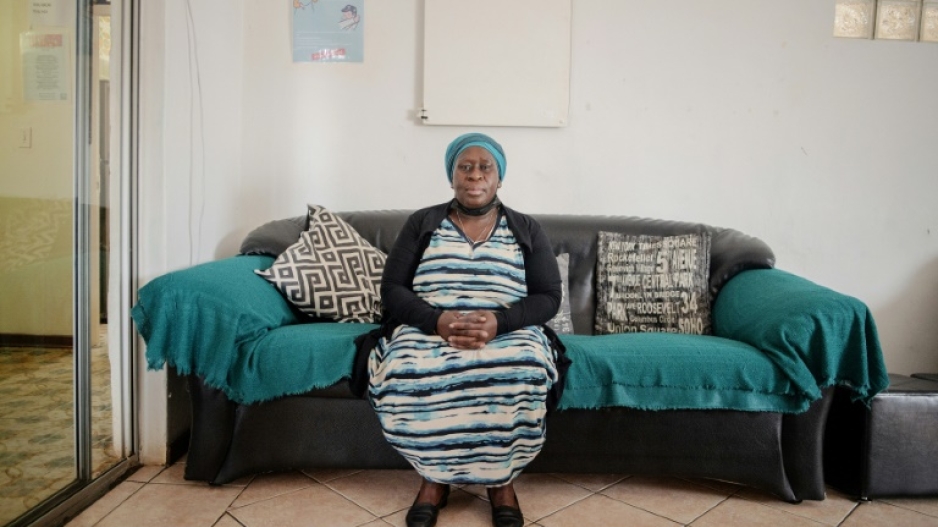 The Nisaa centre in Johannesburg's southern Lenasia township is as old as South Africa's democracy.

Its manager Gladys Mmadintsi does not remember a single day when the centre did not house a victim since it opened its doors in April 1994.

St. Anne's Home in Cape Town has also seen an increase in abuse since the pandemic.

When AFP journalists visited, one woman had arrived the night before, and another with a baby and toddler in tow arrived that morning.

"Before, people in abusive relationships could escape by going to work," she said, adding that the "intensity of the violence" has grown.

Parliament in September passed three bills to tighten its laws on gender-based violence, but advocates say that will not address the causes of the problem.

With false notions of masculinity and rampant unemployment, men are in "a perfect storm", he said. 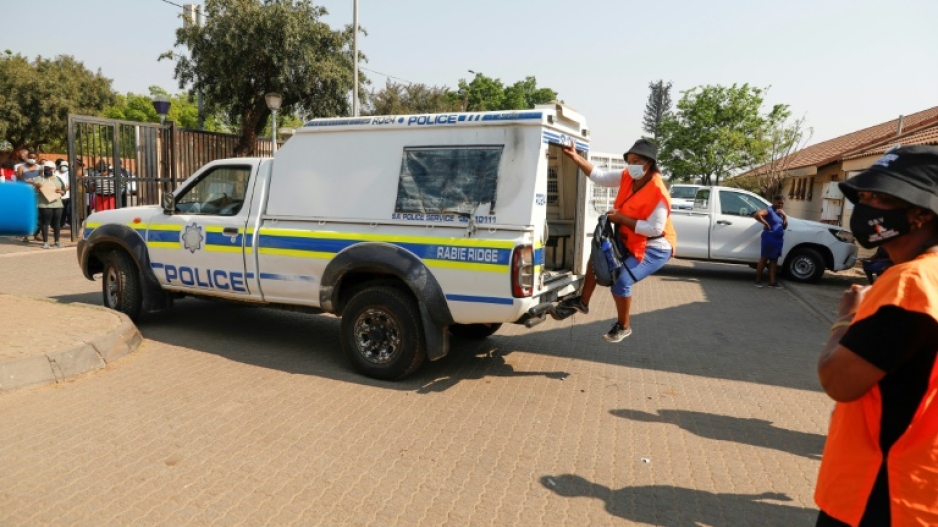 "No amount of law enforcement can fix broken and wounded men," he said. Legislation alone is "like putting a lid on a pressure cooker. There's going to be an explosion. You have got to deal with the pressure".

"We need to re-father our men, validate them, restore them, teach them how to use their strength."

Violence targeted at women is so normalised that "it's a lot more difficult for people to come out and seek help and to try to help other survivors", said Nisaa programs manager Sima Diai.

It took Nathalie, 40, who has been at Nisaa for two months, a decade before she sought help. She recounted endless bouts of abuse, being hit with a crowbar and suffering three broken ribs.

Jacqueline, 29, has been at St Anne's for nine months. She recalls "that guy beat me so badly, I hated myself for letting that happen".

She's not laying charges against her abuser, but is glad she survived "because you have a story to tell".