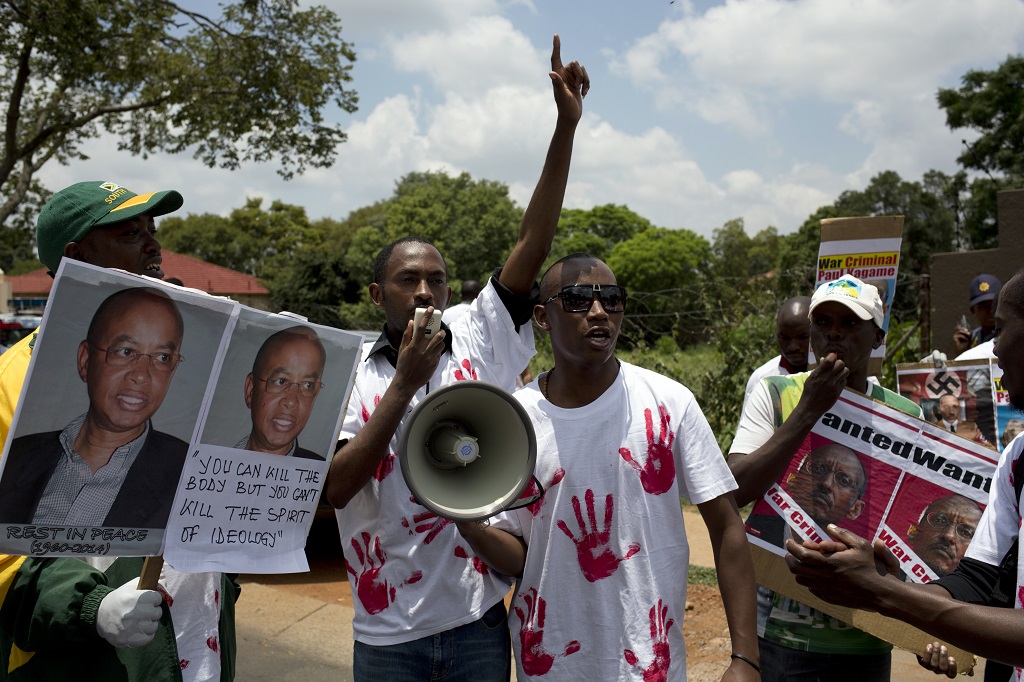 JOHANNESBURG - South African authorities have issued an arrest warrant for two of the four alleged murderers of an exiled Rwandan ex-spy and critic of President Paul Kagame who was killed in a Johannesburg hotel in 2014, the family lawyer said Monday.

South Africa's National Prosecuting Authority (NPA) is also applying for the extradition of two other suspects of Rwandan descent, advocate Gerrie Nel said in a statement.

If granted, the NPA will apply to Interpol to issue "Red Notices" for the suspects, Nel said in a statement.

Former spy Patrick Karegeya, 53, was found strangled in his room in the luxury Michelangelo hotel on 1 January 2014. An autopsy determined he had died the day before.

All four suspects are on the run and their whereabouts unknown.

Nel on Monday hailed the move to issue the arrest warrants as a "big victory" but slammed the NPA for delays.

"The only feasible conclusion is that the NPA wanted to avoid prosecution. We welcome the current steps and hope that the NPA will continue with the process keenly," he said.

Under Kagame's regime, Karegeya took charge of foreign intelligence services for a decade, until he fell into disgrace.

He was jailed in 2005 and 2006, and in 2007 went into exile, heading for South Africa on the heels of former army chief of staff, Faustin Kayumba Nyamwasa.

According to his family's legal team, an inquest launched in January 2019 revealed that the NPA could have started to take steps to prosecute on the grounds of the evidence at their disposal in 2014.

Documents from that January hearing showed South Africa's prosecuting authority had also found "links" between the suspects and Kagame's regime.

But critics say the prosecution had refused to prosecute to avoid diplomatic tensions with Kagame.

Once in South Africa, Karegeya became a fierce critic of Kagame, describing the Rwandan leader as a dictator and alleging he had first-hand knowledge of the state killing of Rwandan dissidents abroad.

The Rwandan government has over the years denied any involvement and wrongdoing.

But according to Human Rights Watch (HRW) many other former supporters of Paul Kagame have been the targets of attacks and threats in recent years.

Former general Nyamwasa, another Kagame opponent, survived two assassination attempts in June 2010 in South Africa in what Pretoria described as an attack by foreign security operatives.