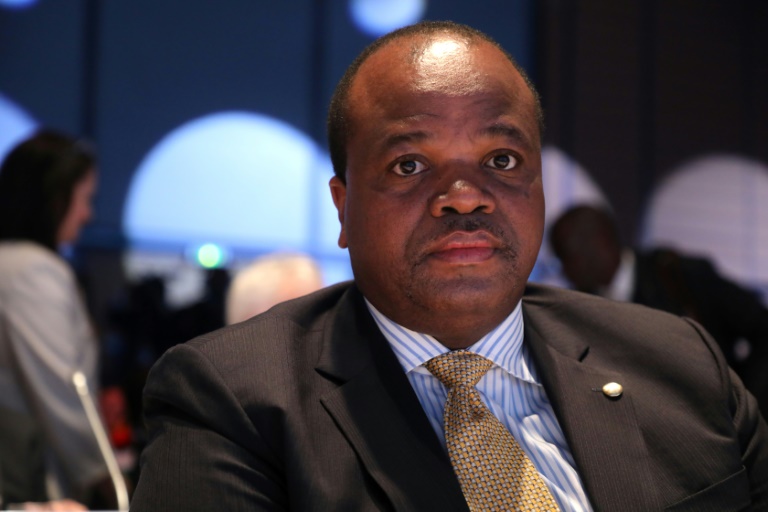 Protests: King Mswati III, pictured at a conference in France in October 2019 of the Global Fund to Fight AIDS, TB and Malaria

"The South African government calls on the security forces to exercise total restraint and protect the lives and property of the people," said Department of International Relations and Cooperation spokesperson,  Clayson Monyela.

"We are particularly concerned by reports of loss of life and destruction of properties," he said in a statement.

But demonstrations escalated radically this week as protesters took to the streets demanding immediate political reforms. 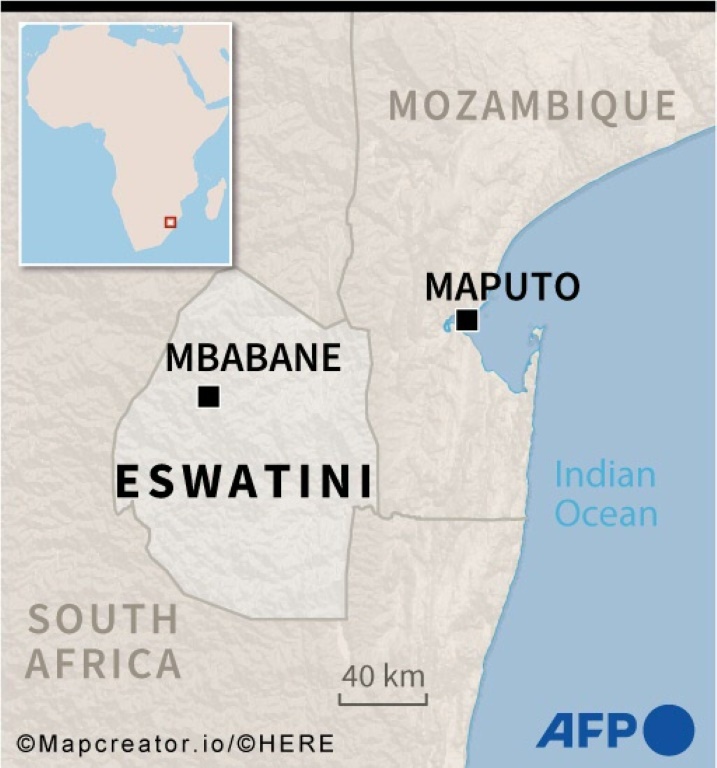 Activists say eight people were killed and dozens injured in clashes with police. The authorities have declined to give details.

Internet access has been limited while shops and banks are shuttered, straining communication and limiting access to basic goods under a dawn-to-dusk curfew.

Eswatini relies heavily on neighbouring South Africa for most of the kingdom's goods.

The United States has also urged authorities in Eswatini to exercise restraint and allow peaceful protests.