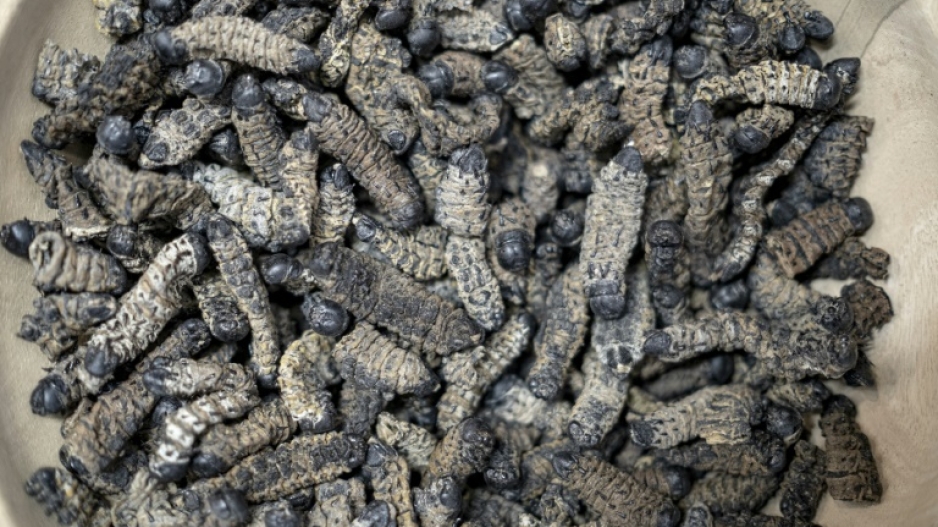 For many people, particularly from western European backgrounds, the idea of eating insects is riddled with fear and inhibition

JOHANNESBURG - A start-up entrepreneur from South Africa wants to change the way edible caterpillars popularly known as "mopane worms" are viewed and eaten.

For many people, particularly from western European backgrounds, the idea of eating insects is still riddled with fear and inhibition.

But they can be a valuable source of nutrition and farming them is not detrimental to the environment.

South African chemical engineer Wendy Vesela has found ways of turning the spiky green and black caterpillars -- which are packed with protein and iron -- into a flour that can be used in savoury biscuits, sweet chocolate protein bars, cereals or smoothies.

When steamed and sliced, mopane pieces can also be used as pizza toppings.

Vesela says she has found domestic and international customers for her organic products.

Edible insects and worms may indeed be gaining popularity in Western cultures.

But food anthropologist Anna Trapido insists that the trend should not be seen as just another dietary fad, a "kind of adventure tourism, where you get a badge" for eating them.

"Mopane need to be treated with respect because they are part of people's emotional, spiritual, culinary genres," she said.

In Vesela's home province of Limpopo, where she grew up in a town not far from the world-famous Kruger National Park, mopane is a staple food, cooked in a sauce of onions and tomatoes.

The caterpillars are "a healthier option of protein", she said. And it's "not a worm. So people have just to get over that fear."

"I won't eat a worm. I'm sorry, it's disgusting. But if you give it to me in the form of a chocolate... it's really delicious," said Gail Odendaal, 38, walking away with a bag of protein bars. 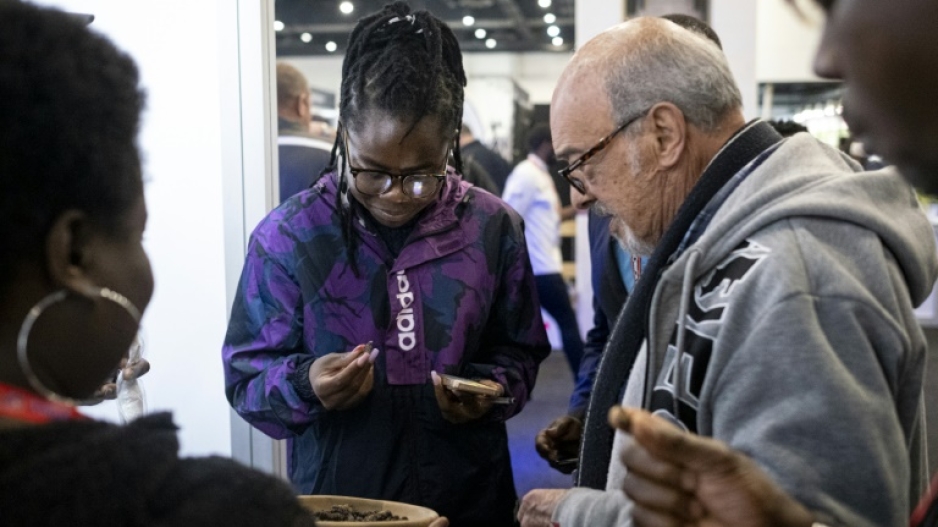 Mopanes are environmentally friendly, too, requiring no extra water or land, as they breed and feed on mopane trees, which grow in hot and dry regions of southern Africa.

They are a better source of protein than many other foods on the market, said dietitian, Mpho Tshukudu.

"It's high in protein, in essential fats and minerals, especially iron. It has more iron than the most expensive piece of steak," she said.

With demand rising since she started her venture seven months ago, Vesela plans to expand the business and have multiple harvests a year.

She now hires rural women to gather mopanes when they are in season in December and April. The mopanes are gutted, boiled and dried to then be used whole or milled.