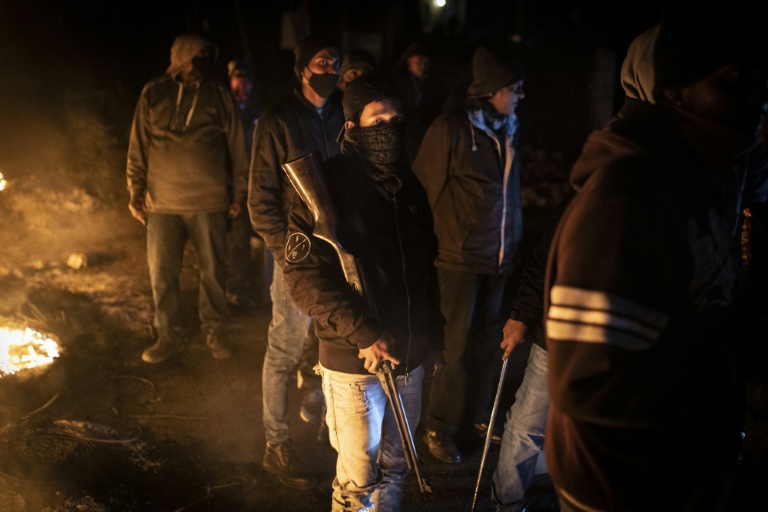 DURBAN - Armed residents kept warm by the fire while guarding a roadblock outside a township that has become a flashpoint between black South Africans and counterparts of Indian origin.

Since looting erupted in South Africa on July 9, many neighbourhoods have mobilised to defend homes, businesses and infrastructure against looters.

But in Phoenix, a suburb of the city of Durban in KwaZulu-Natal (KZN) province, the unrest has spiralled into confrontation among two ethnic groups in the so-called Rainbow Nation.

READ: WATCH | We will meet force with force - SANDF

Twenty people there have died, Police Minister Bheki Cele said on Thursday, in some of the worst violence since the end of white-minority rule in 1994.

Young men of South Asian heritage brandished handguns and machetes at their checkpoint, where they said they deterred troublemakers.

But the group has been accused of racism and mistreatment -- of wrongly barring individuals from the area simply for being black -- and others have been criticised for vigilante justice.

"We are not racist," insisted Karim Loven, the head of a local policing forum.

"If you see the media they're saying that it was a racial thing, whoever is saying this is racial, they are talking nonsense," he said.

"We stood out here to protect our families."

South African police were rapidly overwhelmed when riots and looting erupted in KZN, sparked by the jailing of former president Jacob Zuma, and then spread to Johannesburg.

Nationwide, around 120 people have been killed in looting and slayings in the absence of police.

On Wednesday, the government called up the army reserves to bolster a force of 25,000 troops to help restore order.

In the vacuum, communities like Phoenix have taken matters into their own hands.

President Cyril Ramaphosa, in a visit to Durban on Friday, applauded ordinary people for "standing up not only to defend their own assets but... also defending our democracy, because they can see that this is an assault on the democratic situation."

The hashtag #PhoenixMassacre trended on social media by Thursday, with some users alleging excessive use of force by members of the ethnic Indian population. 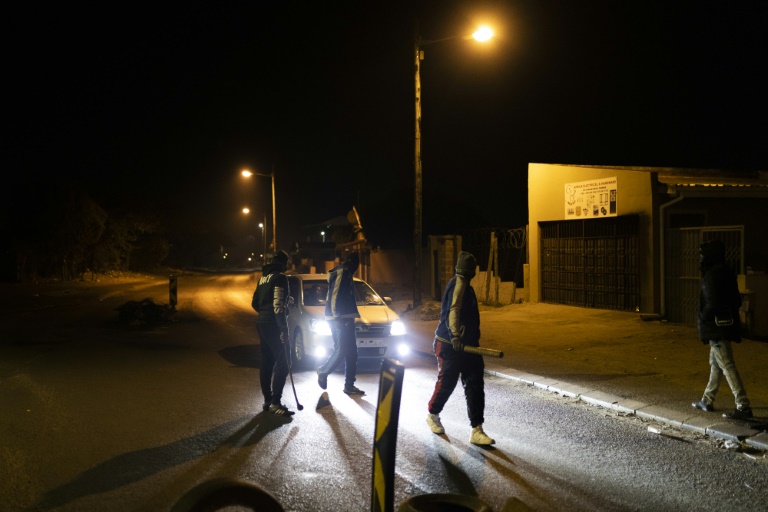 At the Phoenix roadblock, one masked community member manning the improvised checkpoint said bluntly: "If you're looting, we're shooting, because we've got nothing to eat".

"It's caused a lot of strain on the community," said balaclava-clad Trevin Bramduth, an armed employee of a private security firm called KZN VIP Protection, who was was deployed to the area.

"Everyone is actually scared to leave their homes. A lot of people have obviously lost their jobs as well."

South Africans of Indian origin make up just 2.6 percent of the country's 59 million people, according to official statistics, with a high concentration in and around Durban.

Indians make up 85 percent of the population in Phoenix.

"Our shopping centre has been looted and it's burned down, right down," said Karim.

"At the moment we are protecting this complex here, this one food chain Save Right, and protecting the garage. This is the only place that now we are getting food." 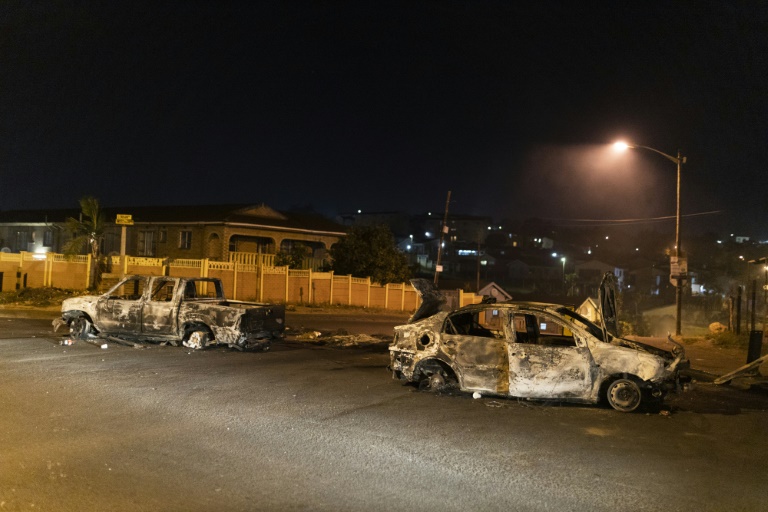 Around the township, the shells of burnt-out vehicles hinted at the violence that had gripped the area 25 kilometres (16 miles) northwest of downtown Durban.

Nearby one resident loaded a vintage shotgun as a bystander implored "put the safety on!"

Private security companies like Bramduth's are part of a vast industry which along with vigilantes quickly stepped in once the police began to falter in the face of widespread anarchy.

There have been numerous allegations of beatings and other mistreatment of suspected rioters and looters at the hands of individuals and security firms.

"I live in this area as well, which is not safe at all," said Bradmuth.