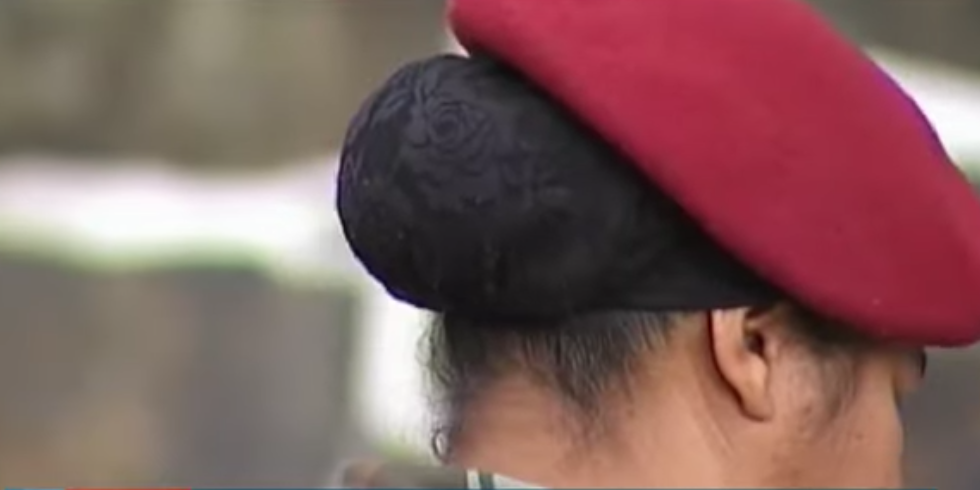 Muslim army major Fatima Isaacs appeared before a military court for refusing to remove her headscarf at work.

JOHANNESBURG - The South African military has amended its dress policy to allow Muslim women to wear headscarves as part of their uniform, an army spokesperson said.

In January last year, a military court dropped charges against an officer who had been indicted for wearing a hijab under her military beret.

Major Fatima Isaacs had been criminally charged in June 2018 with wilful defiance and failing to obey lawful instructions after her superior asked her to remove her headscarf when in uniform.

A military court at the Castle of Good Hope near Cape Town withdrew all charges in January 2020, allowing Isaacs to exceptionally wear a tight black headwrap on duty as long as it did not cover her ears.

But the military did not amend its dress policy, prompting Isaacs to mount a challenge in the equality court over regulations restricting religious wear.

The South African Defence Force (SANDF) eventually agreed to amend its policy this week and allow all Muslim women to cover their heads while on duty.

"The SANDF dress regulation was updated to allow the wearing of headscarves by Muslim (women) according to stipulations in the dress regulations," spokesman Mafi Mgobozi told AFP via WhatsApp.

The South Africa-based Legal Resources Centre, which represented Isaacs, welcomed the decision via Twitter and said it was withdrawing the equality court case.

The LRC has been engaged in discussions with the SANDF, resulting in the SANDF amending its religious dress policy, to allow Muslim women to wear their hijab with their military uniform. As such, we filed a Notice of Withdrawal in the Equality Court. https://t.co/hxv1v860Sf