The SANDF is being accused of practising double-standards in connection with a Muslim army major, Courtesy of #DSTV403

CAPE TOWN - The SANDF is being accused of practising double standards in connection with a Muslim army major who is facing dismissal for refusing to remove her headscarf.

Fatima Isaacs will appear before a closed military court for the third time in Cape Town on Wednesday.

She's been charged with "failing to obey a lawful instruction" by refusing to remove the headscarf when ordered to do so by a superior.

She, in turn, is accusing the national defence force of Islamophobia.

Isaacs has been in the SANDF for ten years, working as a forensic technologist at 2 Military Hospital in Cape Town.

She says she's always been allowed to wear her scarf invisibly under her beret and it's never interfered with, or covered up, her military insignia.

Her labour advisor says the matter will be taken to the Constitutional Court if necessary.

"The SANDF has a code of conduct and rules," said Nazeema Mohamed, labour specialist.

"Now we have studied their rules and we agree, there's got to be discipline and order -- not only in the SANDF but in any government department, in any company for that matter and she's compliant with those rules.

"If you study their own rules, their rules make provision for one, for men to wear beards, ordinarily when you sign up, beards are not allowed, but then you will discover later their deals and agreements that are made on the side to allow people their practice of one their culture, two their religion, and so on."

END_OF_DOCUMENT_TOKEN_TO_BE_REPLACED 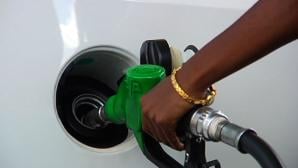