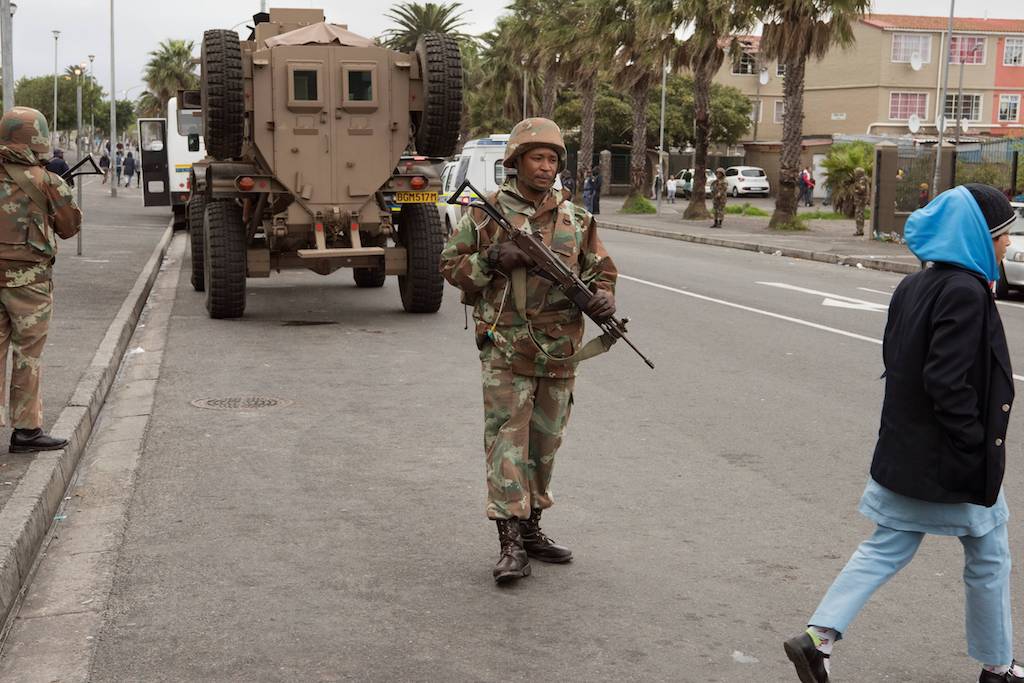 PRETORIA - President Cyril Ramaphosa has extended the deployment of the South African National Defence Force to crime-riddled areas of the Western Cape until 31 March 2020.

The troops were supposed to have left the on Monday (16 September), after being deployed in July.

The president's office says SANDF members will continue to undertake operations there in cooperation with police.

"Members of the regular and reserve forces of the SANDF will undertake operations in cooperation with the police, and will support the prevention and combating of crime and maintenance and preservation of law and order in the Western Cape," the Presidency said.

"The president has, in compliance with the Constitution, informed the Speaker of the National Assembly, Ms Thandi Modise, and Chairperson of the National Council of Provinces Amos Masondo, of the extended deployment of armed forces.

Other News on Ganglands