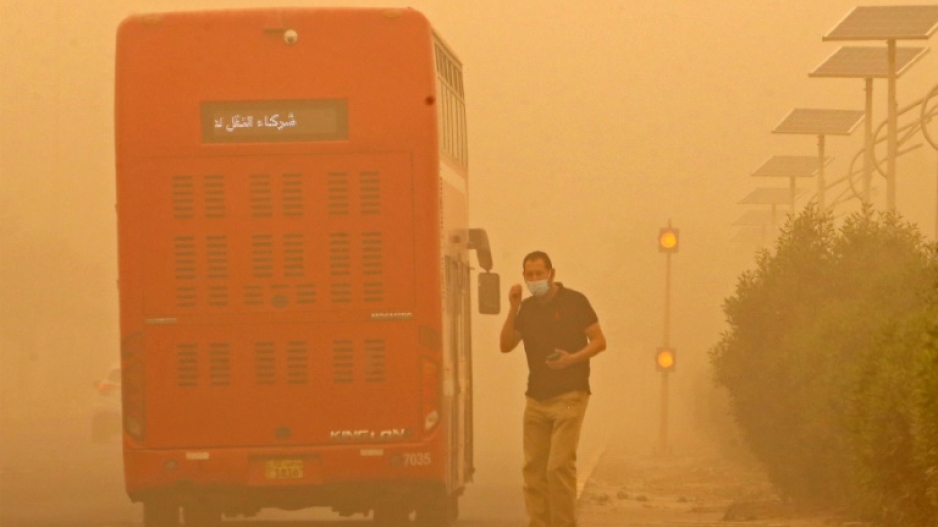 TEHRAN - Sandstorms have engulfed the Middle East in recent days, in a phenomenon experts warn could proliferate because of climate change, putting human health at grave risk.

At least 4,000 people went to hospital Monday for respiratory issues in Iraq where eight sandstorms have blanketed the country since mid-April.

That was on top of the more than 5,000 treated in Iraqi hospitals for similar respiratory ailments earlier this month.

The phenomenon has also smothered Iran, Kuwait, Saudi Arabia and the United Arab Emirates with more feared in the coming days.

Strong winds lift large amounts of sand and dust into the atmosphere, that can then travel hundreds, even thousands, of kilometres (miles).

Sandstorms have affected a total of 150 countries and regions, adversely impacting on the environment, health and the economy, the World Meteorological Organization (WMO) said.

"It's a phenomenon that is both local and global, with a stronger intensity in areas of origin," said Carlos Perez Garcia-Pando, a sand and dust storm expert at the Barcelona Supercomputing Center and the Catalan Institution for Research and Advanced Studies.

The storms originate in dry or semi-dry regions of North Africa, the Arabian Peninsula, Central Asia and China.

Other less affected areas include Australia, the Americas and South Africa.

The UN agency WMO has warned of the "serious risks" posed by airborne dust.

The fine dust particles can cause health problems such as asthma and cardiovascular ailments, and also spread bacteria and viruses as well as pesticides and other toxins.

"Dust particle size is a key determinant of potential hazard to human health," the WMO said.

Small particles that can be smaller than 10 micrometres can often become trapped in the nose, mouth and upper respiratory tract, and as a result it is associated with respiratory disorders such as asthma and pneumonia.

The most at-risk are the oldest and youngest as well as those struggling with respiratory and cardiac problems.

And the most affected are residents in countries regularly battered by sandstorms, unlike in Europe where dust coming from the Sahara is rare, like the incident in March. 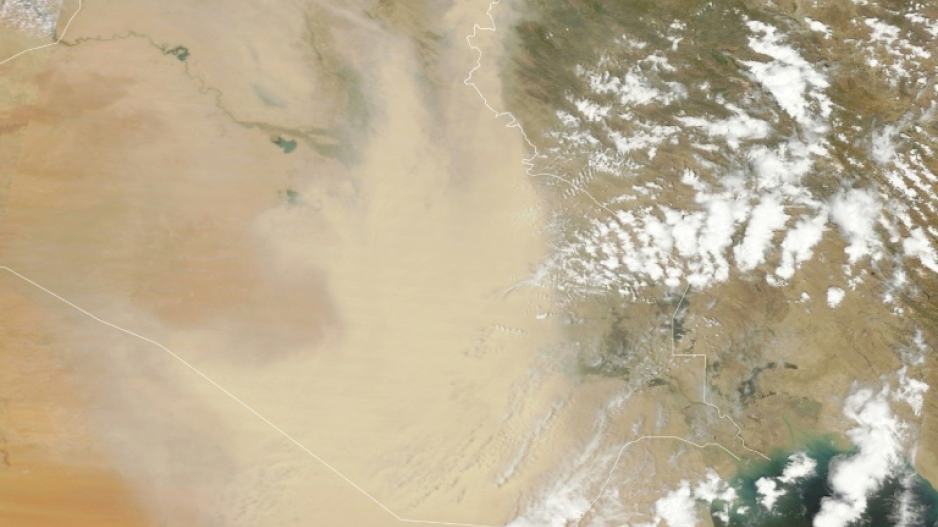 A satellite image provided by NASA Earth Observatory taken on May 5, 2022, shows a dust storm engulfing parts of Iraq and neighbouring countries

Depending on the weather and climate conditions, sand dust can remain in the atmosphere for several days and travel great distances, at times picking up bacteria, pollen, fungi and viruses.

"However, the seriousness is less than with ultrafine particles, for example from road traffic, which can penetrate the brain or the blood system," says Thomas Bourdrel, a radiologist, researcher at the University of Strasbourg and a member of Air Health Climate collective.

Even if the sand particles are less toxic than particles produced by combustion, their "extreme density during storms causes a fairly significant increase in cardio-respiratory mortality, especially among the most vulnerable," he said.

With "a concentration of thousands of cubic micrometres in the air, it's almost unbreathable", said Garcia-Pando.

The sandstorms' frequency and intensity could worsen because of climate change, say some scientists.

But the complex phenomenon is "full of uncertainties" and is affected by a cocktail of factors like heat, wind and agricultural practices, Garcia-Pando told AFP.

"In some areas, climate change could reduce the winds that cause storms, but extreme events could persist, even rise," he said.

With global temperatures rising, it is very likely that more and more parts of the Earth will become drier.

"This year, a significant temperature anomaly was observed in East Africa, in the Middle East, in East Asia, and this drought affects plants, a factor that can increase sandstorms," the Spanish researcher said.