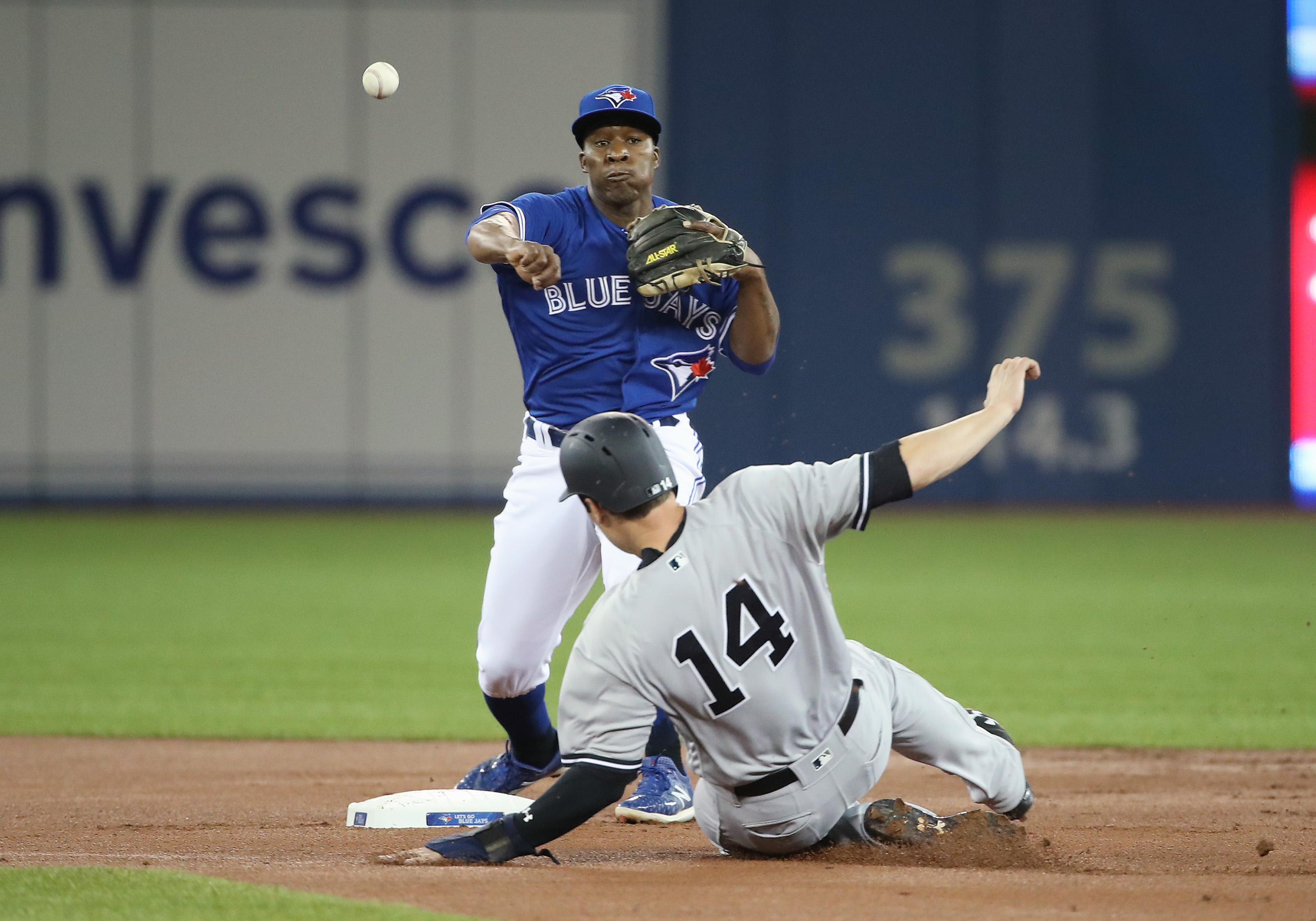 Gift Ngoepe #61 of the Toronto Blue Jays turns a double play in the first inning during MLB game action as Neil Walker #14 of the New York Yankees slides into second base at Rogers Centre on March 31, 2018 in Toronto, Canada.

Ngoepe has been handed a minor league contract by American outfit the Philadelphia Phillies.

The 29-year-old is headed to the City of Brotherly Love, having had stints with the Pittsburgh Pirates and Toronto Blue Jays but he was unable to make his mark in the limited opportunities he had.

He will report for spring training in February, which will be a trial of sorts.

It is an opportunity for him to work his way towards the Phillies Major League squad.

Ngoepe's new team have a long-standing Major League tradition, having won two World Series titles, the last one in 2008.