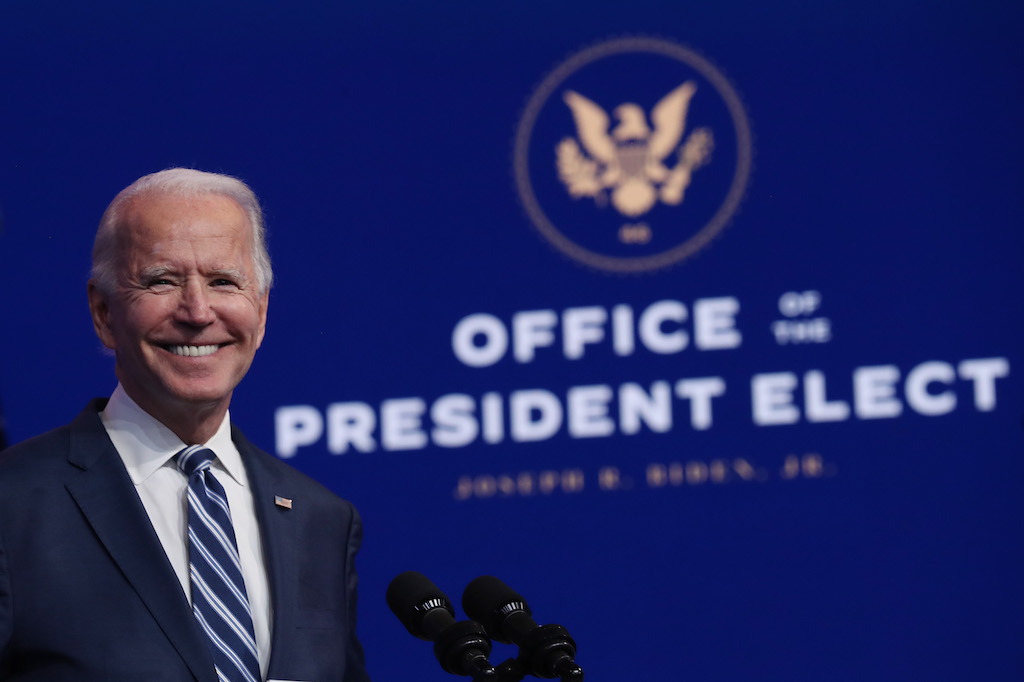 Joe Biden won in the all-important Electoral College by a vote of 306 to 232. AFP/Joe Raedle

RIYADH - Saudi Arabia expects no major change in its relationship with the US under Joe Biden, a senior official told CNN, despite the president-elect pledging to turn the kingdom into a "pariah".

OPEC kingpin Saudi Arabia, a close ally of President Donald Trump, has appeared wary of Biden after he promised a stern stance against the kingdom for its human rights failings.

But Adel al-Jubeir, the Saudi minister of state for foreign affairs, dismissed the notion.

"We deal with the president of the United States as a friend, whether he's Republican or Democrat," Jubeir told CNN, in an interview released over the weekend.

"President-elect Biden has been in the (US) Senate for 35 years, he has tremendous experience... I don't expect that there's going to be major change in terms of America's foreign policy."

The comment comes as Saudi Arabia hosts the G20 leaders' summit this weekend, a first for an Arab nation, while global campaigners seek to draw attention to the kingdom's human rights record.

Saudi Arabia has largely escaped US censure under Trump, who along with his son-in-law Jared Kushner, has enjoyed a personal rapport with Crown Prince Mohammed bin Salman, the kingdom's de facto ruler.

That could leave the crown prince isolated amid economic challenges that imperil his reform agenda, a grinding war in neighbouring Yemen and pockets of domestic opposition to his rule.

During his election campaign, Biden threatened to make Saudi Arabia "the pariah that they are".

Saudi observers dismiss the Democrat leader's campaign speeches about the kingdom as bluster, pointing out that Trump also struck a hostile note in his 2016 campaign before quickly warming up to its rulers.

"We deal with the presidents once they're in office, and we have huge interests with the United States," Jubeir said.

"We are working together on global economic security, on energy security, on financial issues, and we are key in terms of the Muslim world. These interests are huge for us and for the United States."