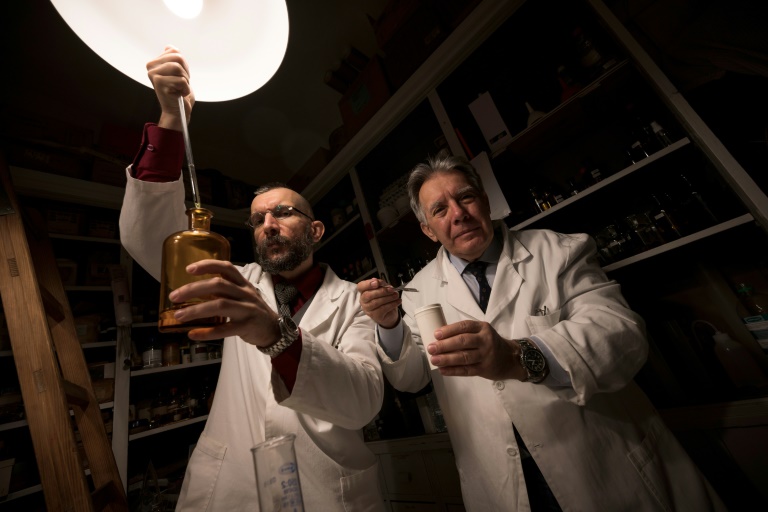 Nenad Jovanov (right) and his son Nemanja in their perfume shop in Belgrade. AFP/Andrej Isakovic

BELGRADE - From a cobblestoned street in downtown Belgrade, the Sava perfumery has seen more than half a century sweep past without ceasing in its mission to keep the city's citizens smelling flowery and fresh.

The artisanal shop -- which mixes its perfumes in-house -- is the last of its kind in the Serbian capital, thanks to the Jovanov family who are committed to keeping the craft alive.

While the city has gone through many changes, the store remains a snapshot in time, with glass bottles, mixing vials and other tools passed down through three generations.

The work is a labour of love for the Jovanovs, whose other sources of income enable them to continue with the perfumery.

"We have remained because of tradition, love, affection and willingness to do a job which at certain times doesn't earn you enough money to subsist," the shop's jovial owner Nenad Jovanov told AFP as he mixed a custom eau de toilette in the shop's laboratory-like backroom, measuring out ingredients with beakers and pipettes.

The perfumery dates back to the 1940s but opened under its current name a decade later, when communist authorities in then-Yugoslavia reversed a decision to ban private business, allowing the family to take back ownership. 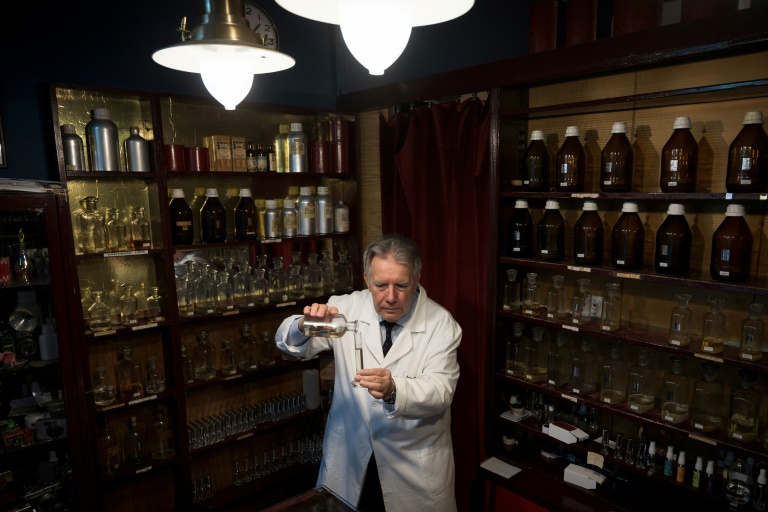 When customers enter the tiny store, Nenad or his son Nemanja, who also works in the film industry, help them navigate the wooden shelves of label-less glass bottles.

After enquiring about preferences -- floral, citrus, sweet or musky -- they use an old-fashioned pump to test different fragrances on the client's arms.

Shoppers are then encouraged to take a walk and return later to choose which perfume they like best, as the scent evolves over time after its first contact with the skin.

At a time when Covid-19 has taken away many people's sense of smell, an appreciation of its power has also deepened.

"The sense of smell is one of the most important," mused Nenad, who works in a white lab coat.

"It can transport us to another place, another time."