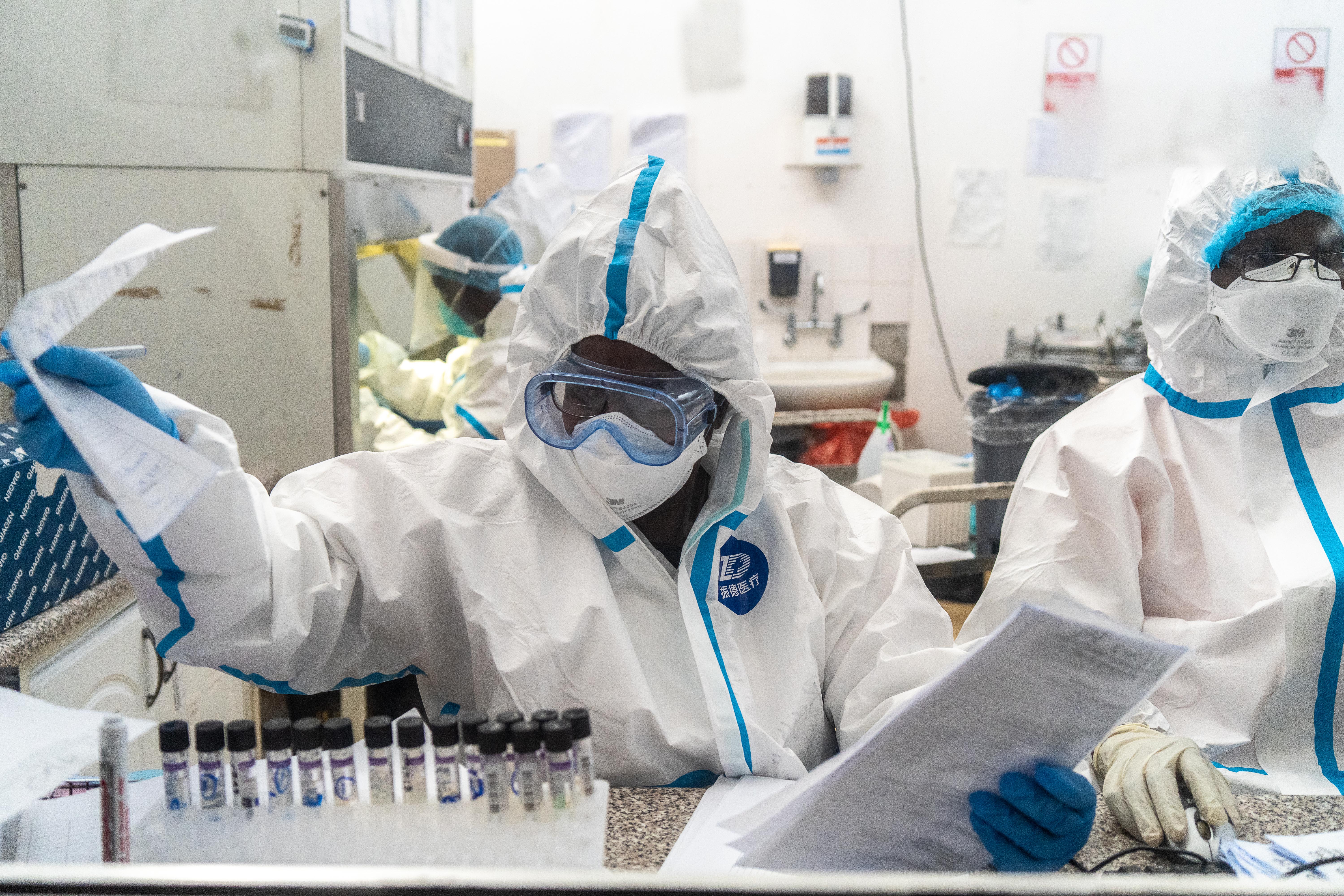 File: Members of National University of Science and Technology (NUST) work on specimens in a COVID-19 laboratory testing centre, at Mpilo Hospital in Bulawayo, Zimbabwe.

NEW YORK - Hundreds of scientists say there is evidence that the novel coronavirus in smaller particles in the air can infect people and are calling for the World Health Organization to revise recommendations, the New York Times reported on Saturday.

The WHO has said the coronavirus disease spreads primarily from person to person through small droplets from the nose or mouth, which are expelled when a person with COVID-19 coughs, sneezes or speaks.

In an open letter to the agency, which the researchers plan to publish in a scientific journal next week, 239 scientists in 32 countries outlined the evidence showing smaller particles can infect people, the NYT said.

"We are aware of the article and are reviewing its contents with our technical experts," WHO spokesman Tarik Jasarevic said in an email reply to a Reuters request for comment.

However, the health agency said the evidence for the virus being airborne was not convincing, according to the NYT.

"Especially in the last couple of months, we have been stating several times that we consider airborne transmission as possible but certainly not supported by solid or even clear evidence," Dr. Benedetta Allegranzi, the WHO's technical lead of infection prevention and control, was quoted as saying by the NYT.