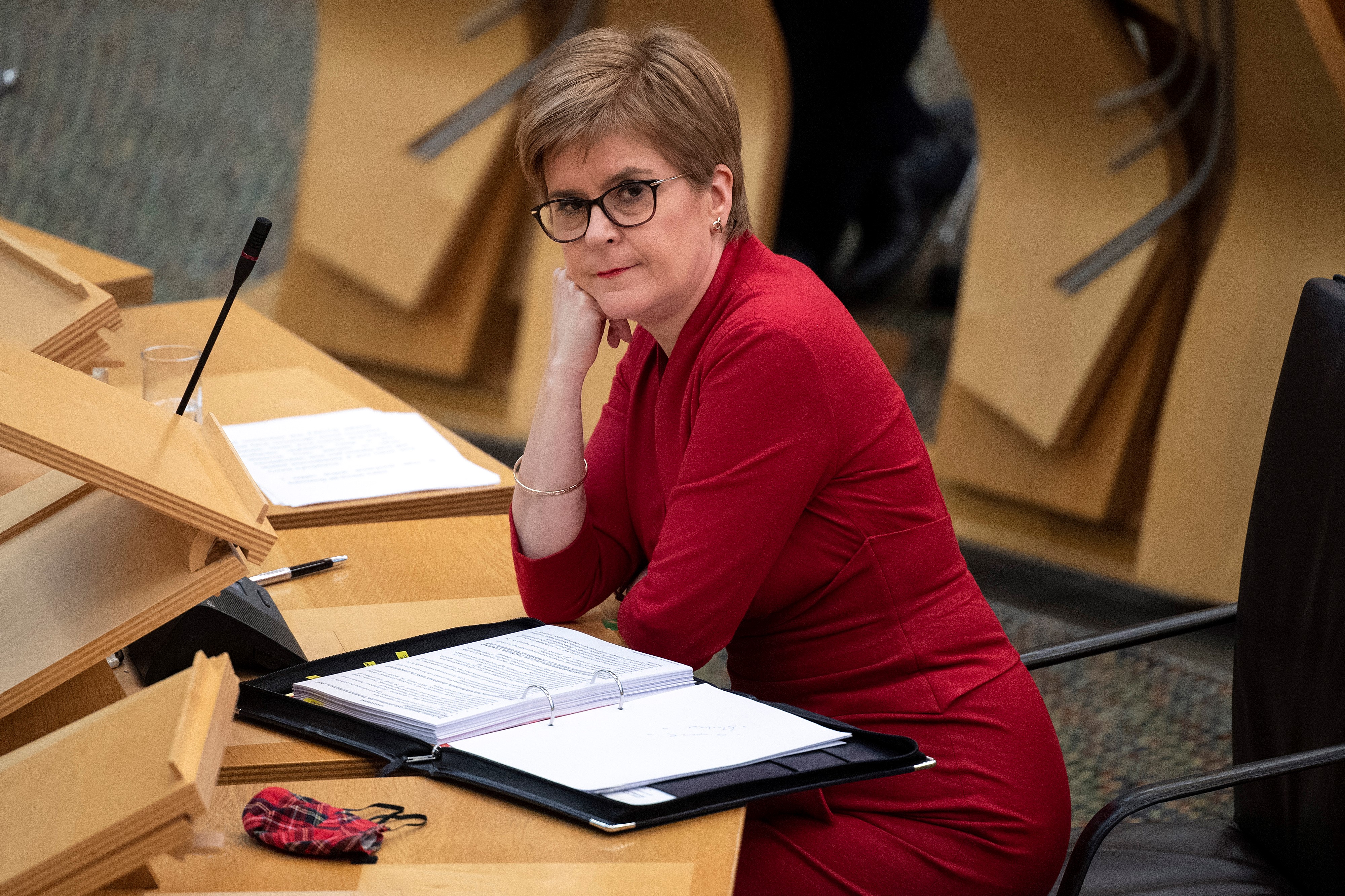 LONDON - Scotland's First Minister Nicola Sturgeon on Monday said she will seek a second referendum on independence if her Scottish National Party (SNP) wins at elections in May.

The head of Scotland's devolved government and the leader of the pro-independence SNP said she would use the vote for the parliament in Edinburgh to make the case for a breakaway.

"Next May we will ask you, the people of Scotland, to put your trust in us to continue that task of building a better country," she told the SNP's virtual annual conference.

"I will seek your authority, no one else's, for a legal independence referendum to be held in the early part of the new parliament.

"And then collectively, we can answer those fundamental questions that I have posed today: who is best placed to lead Scotland's recovery and build a better future?"

Scotland chose to remain part of the four-nation United Kingdom in a 2014 referendum, and the UK government in London has said it considers the issue closed for a generation.

But Sturgeon and the SNP began pushing for a second referendum after the 2016 Brexit vote, at which Scotland overwhelmingly voted to remain part of the European Union.

She said that changed the "material circumstances" of the three-centuries-old union with the rest of the UK, which left the EU in January.

Sturgeon told delegates the impact of the coronavirus outbreak had also strengthened their case, with clear differences between the handling of the pandemic response in Edinburgh.

Opinion polls in recent months have shown a surge in support for Sturgeon, who unlike UK Prime Minister Boris Johnson has fronted daily updates since the start.

And a majority is also now in favour of independence, according to opinion polls.

Sturgeon hit out at Johnson's handling of the pandemic and Brexit, calling his refusal to extend the transition period for leaving the EU "disastrous".

"We produced detailed evidence of the hit to the economy, that ending it (the transition period) in the middle of a global pandemic would cause," she said.

"The 'Vote Leave' gang ignored us so in just one month, on Hogmanay (New Year), we face a hard Brexit," she added.

Sturgeon's calls for a second referendum places her on a collision course with Johnson, who has regularly said he would block another poll on Scotland leaving the UK.

In law, the devolved government in Edinburgh has to ask London for permission to hold another vote. Sturgeon has said she would not rule out testing the legislation in court.