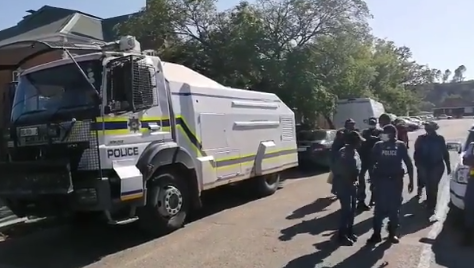 SENEKAL - A second person has been arrested in connection with a violent protest outside a Senekal court last week.

A group of Senekal residents, including farmers, stormed the courthouse where two suspects were appearing in connection with a farm murder.

A police vehicle was set alight and the court building was damaged.

Now, a 33-year-old man has been taken into custody and will face charges including attempted murder and public violence.