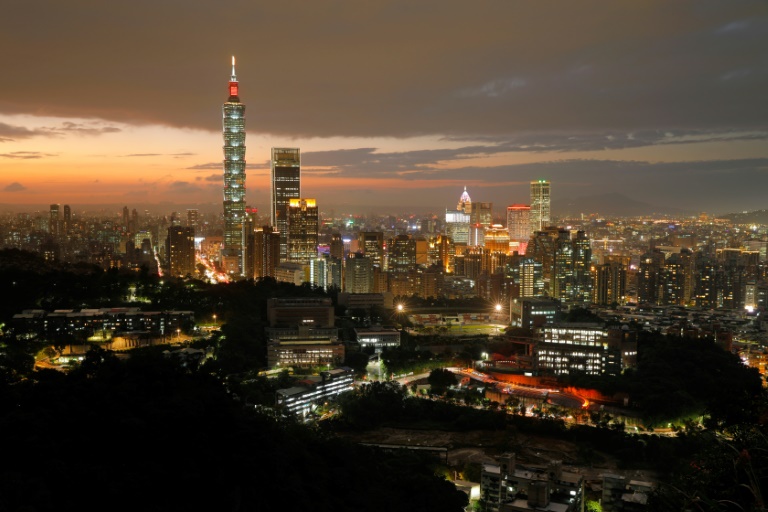 TAIPEI - A group of US lawmakers arrived in Taiwan Thursday, the second such delegation this month and a fresh sign of American support just days after President Joe Biden invited Taipei to a democracy summit.

International sympathy for Taiwan having a place on the world stage is growing, especially among western nations, as China's authoritarian leader Xi Jinping takes an increasingly bellicose approach towards the island.

China claims self-ruled democratic Taiwan as its territory, to be retaken one day by force if necessary, and has stepped up efforts to diplomatically isolate it.

"When news of our trip broke yesterday, my office received a blunt message from the Chinese Embassy, telling me to call off the trip," Congresswoman Elissa Slotkin, one of the delegates, wrote on Twitter.

Nancy Mace, the only Republican in the group, tweeted her arrival with a selfie and the words "Just touched down in the Republic of Taiwan".

That choice of wording is significant, because Taiwan's official name is the Republic of China -- but those who favour independence often use the phrase Republic of Taiwan instead.

Beijing baulks at any use of the word "Taiwan", or any references to the island as a "country" and diplomatic gestures that might lend a sense of international legitimacy to the island.

Taiwan is only recognised by 15 other nations but it maintains de facto diplomatic relations with multiple countries.

The latest visit by the lawmakers came after Taiwan was invited to join Biden's planned democracy summit, a move that led to an angry rebuke from Beijing.

The US delegation touched down overnight after celebrating Thanksgiving with US troops in South Korea.

It is led by by Mark Takano, chairman of the House Committee on Veterans' Affairs, and includes Colin Allred and Sara Jacobs, as well as Slotkin and Mace.

In the United States, support for Taipei and its 23 million inhabitants is a rare issue on which there is cross-party consensus.

Washington has remained a key ally and its biggest arms supplier despite switching recognition to Beijing in 1979.

Since her election in 2016, President Tsai has tried to assert the island's distinct identity, provoking China's anger.

Beijing has ramped up military activities near Taiwan in recent years, with a record number of planes intruding into the island's air defence identification zone in early October.