Seeing Milky Way's new black hole is 'only the beginning': US researcher 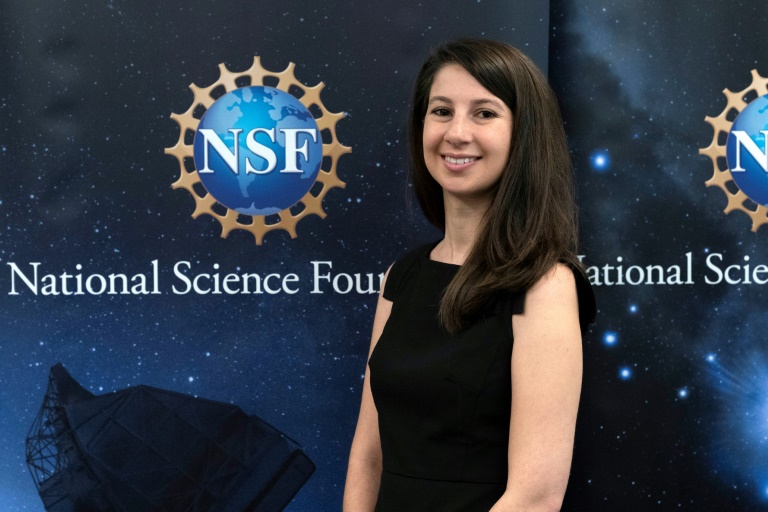 Katie Bouman, an assistant professor at Caltech University, at a press conference in Washington, DC, to reveal the first image of the black hole at the centre of our galaxy. AFP/Jose Luis Magana

The expert in computational imaging -- developing algorithms to observe distant phenomena -- helped create the program that led to the release of the first image of a black hole in a distant galaxy in 2019.

She quickly became something of a global science superstar, and was invited to testify before Congress about her work.

Now, she has again played a key role in the creation of a groundbreaking image of the supermassive black hole at the heart of our own Milky Way galaxy -- a cosmic body known as Sagittarius A*.

Her working group within the Event Horizon Telescope Collaboration, which revealed the stunning image Thursday, was tasked with piecing it together from the mass of data garnered by telescopes around the world.

Bouman spoke with AFP shortly after the breakthrough announcement. 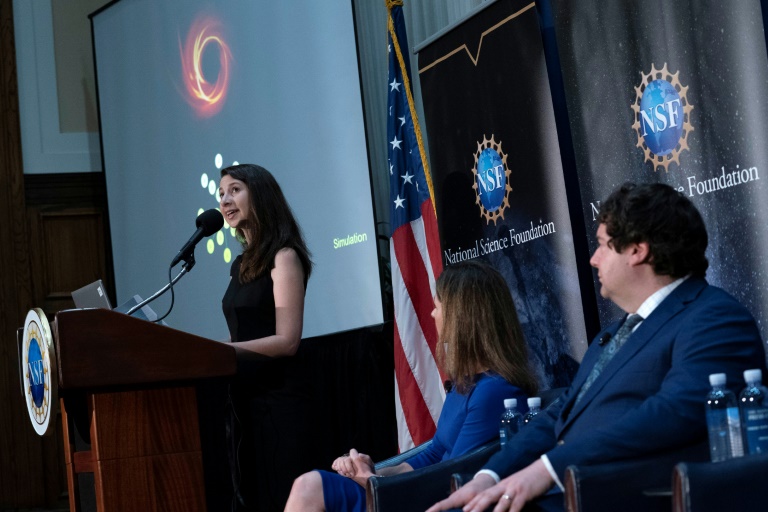 Researcher Katie Bouman, shown here speaking at a press conference in Washington, DC on May 12, 2022, says the latest image of a black hole represents a "holy grail"

"The first one was just so exciting because it was the first one, and just being able to see a black hole for the first time was spectacular. But I think the holy grail of the Event Horizon Telescope has always been to image Sagittarius A*.

"So I think that even though it is the second image that we're showing, it's actually a lot more exciting for that reason that we can actually use this to do more tests on our understanding of gravity."

- Why was it harder to see Sagittarius A*? -

"Sgr A* has a lot of other things that are going on that make it a lot more challenging for us to make an image. We're actually observing the black hole through the plane of the galaxy. And that means that the gas in the galaxy actually scatters the image. It makes it look like we're looking at the black hole through, like, a frosted window, like in a shower. That's one challenge.

"But I would say the biggest challenge that we face is the fact that the black hole is evolving really quickly. The gas in M87* and Sgr A* is moving at roughly the same speed. But whereas it takes days to weeks to make a full orbit around M87*, for Sgr A*, it's evolving from minute to minute."

- Why are black holes so fascinating? - 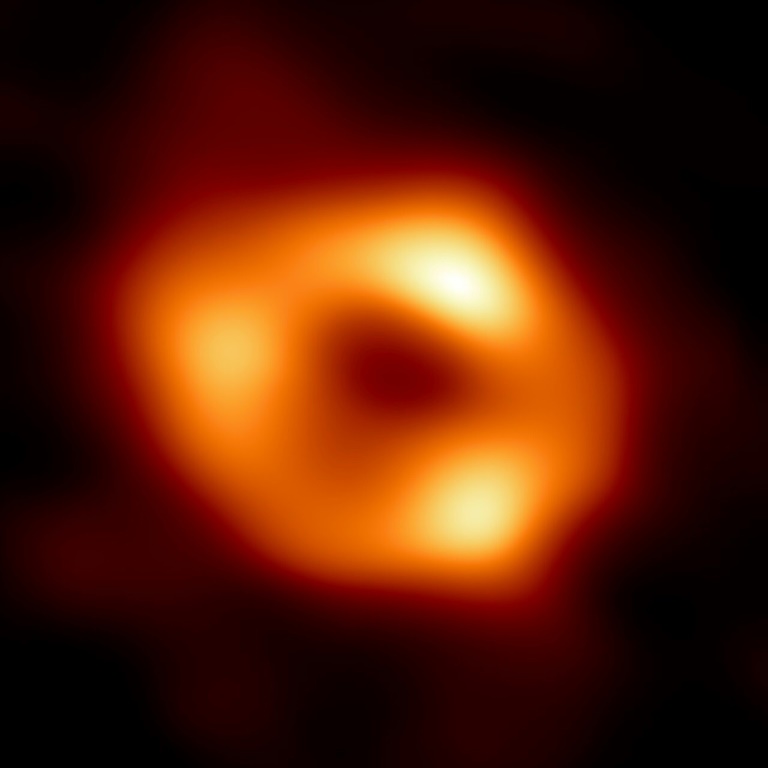 This handout image released by the European Southern Observatory (ESO) on May 12, 2022, shows the first image of Sagittarius A*, the supermassive black hole at the center of our own Milky Way galaxy

"It just breaks with what we're used to here on Earth, right? Light can't even escape from it, and it's bending, it's warping space-time around it. It's just this mysterious thing and I think it just captures the imagination.

"What's cooler than working on black holes -- they're so mysterious, right? And the fact that we're able to make an image of one, something that should be unseeable... I think that that's just really exciting."

"I think this is really only the beginning. And now that we know that we have these extreme laboratories of gravity, we can go back and we can improve our instruments and improve our algorithms in order to see more and to extract more science.

"We made our first attempts at making a movie and we made a lot of progress, but we're not there yet -- where we feel we're confident enough that we feel, this is what Sgr A* looks like from minute to minute.

"So now we're going to go back, try to add more telescopes around the world, try to collect more data, so that we can actually show something that we feel really sure about."