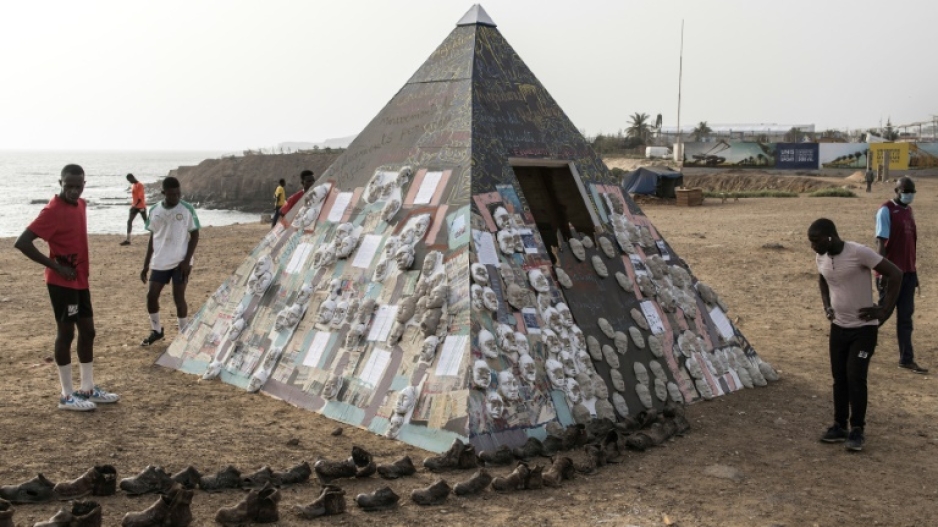 Senegalese artist Yakhya Ba’s work is a powerful study of the tragedy faced by migrants and their families. AFP/John Wessels

DAKAR - Intriguing pyramids and a huge yellow dog have cropped up on the Senegalese capital's seafront.

The enormous exhibits are part of the much-anticipated Dakar Biennale of Contemporary African Art, which opens on Thursday and promises to "break down" gallery walls by bringing modern art to the streets of Senegal.

It's a fresh idea for the 14th Biennale as the organisers set out to challenge art's "elitist image".

The exhibition is all about moving "the artist's studio to the street", they say -- a "plea for art to be more present in public spaces".

By the ocean, people silently approach two pyramid-shaped mausoleums. Dozens of earthen faces appear in piles in their interior and on their outside walls, their eyes closed. Some are screaming.

A line of shoes leads away from the tombs and towards the cliff edge of Dakar's corniche, as though they're falling into the sea.

Senegalese artist Yakhya Ba's work is a powerful study of the agony faced by migrants and their families.

A little further on, others take selfies by Egyptian artist Khaled Zaki's massive dog sculpture. He wanted his work to delight children -- and draw attention to the problem of stray canines in the Senegalese capital.

- 'Africa at the crossroads' –

The Biennale this year will showcase works from more than 2,500 artists across 85 countries.

It is to feature some 300 exhibits in the capital and nearby islands of Ngor and Goree, as well as around 100 in other towns and countries of the diaspora. 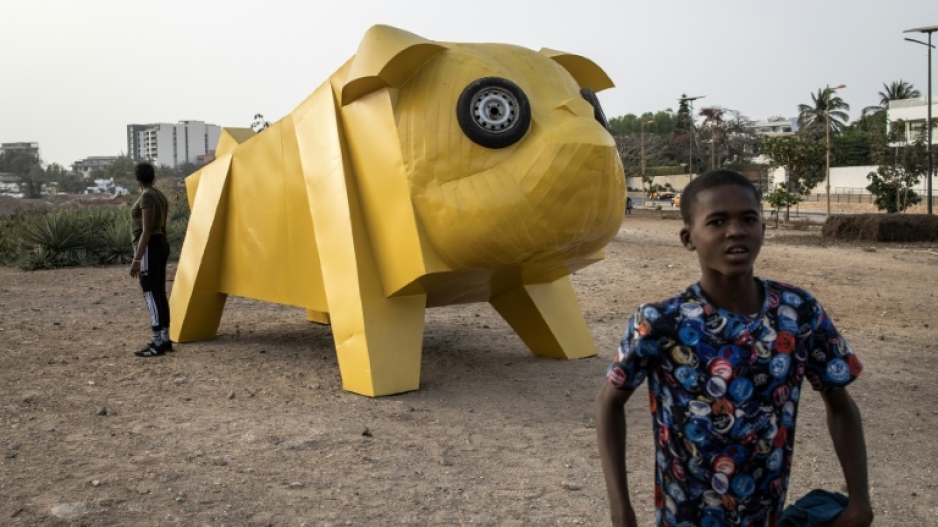 For this year's edition, artistic director El Hadji Malick Ndiaye asked 17 artists to produce monumental works to interact with locations along Senegal's coast, from fishing villages to universities and prisons.

This year's theme is "Ndaffa" -- the forge in Wolof -- and "the construction of new models".

"This Bienniale is symbolically strong because it's after the Covid-19 crisis that shook and tested African countries," Ndiaye told AFP.

"Africa is at the crossroads of several changes. There are movements for a new appropriation of African heritage, questions about the CFA franc and the autonomy of African countries, unrest in several countries, and the emergence of new citizen consciousness..."

He said participating artists had been invited "to have their own points of view on all this" and "forge new ways of thinking".

A former courthouse hosts the Biennale's international exhibition, which displays the work of 59 artists from 28 countries, including 16 African countries and 12 countries of the diaspora. 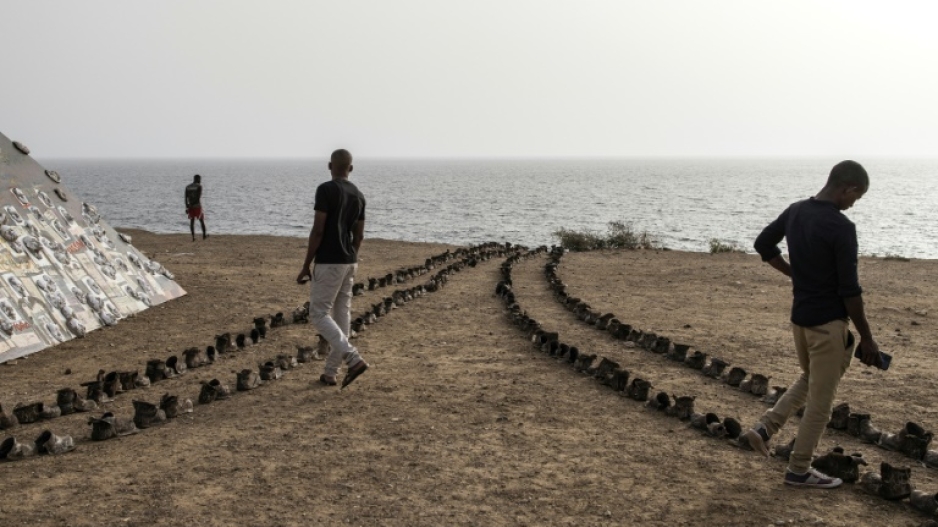 Other exhibits include a "forest" of 343 armless sculptures by Senegalese artist Ousmane Dia, a fierce critic of inequality who is calling for a new order "that focuses more on human dignity".

There will also be a seminar, organised by Senegalese writer Felwine Sarr, discussing the restitution of African heritage.

The Biennale, which runs until June 21, comes as war rages in Ukraine.

"When weapons crackle, we must make sure culture does too," he said.