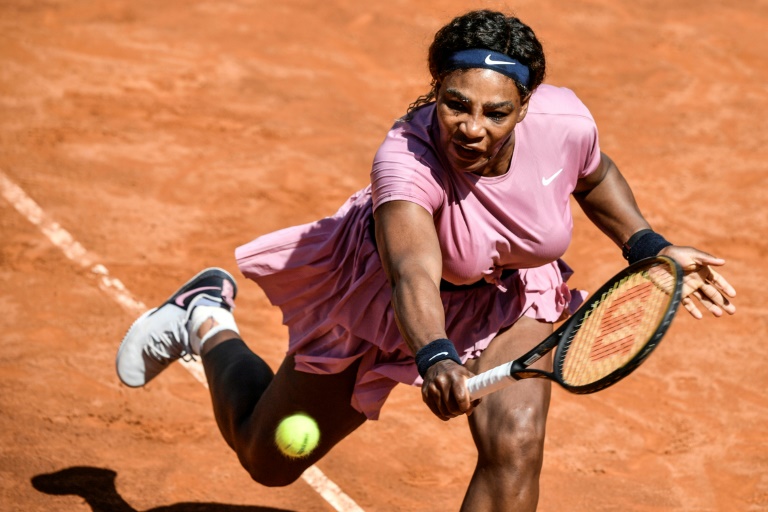 Serena Williams has lost two of her three matches this year on clay. AFP/Filippo Monteforte

PARIS - Serena Williams will be part of history again on Monday when she plays in the first French Open night-session match.

The 39-year-old Williams is again looking to equal Margaret Court's all-time record of 24 Grand Slam singles titles, but arrives in Paris having lost two of her three matches on clay so far this season.

She was beaten by eventual champion Naomi Osaka in the Australian Open semi-finals in February, the sixth time she has reached at least the last four of a major since her last Slam success in Melbourne four years ago.

Williams will face Romanian Irina-Camelia Begu on Monday evening under the lights on Court Philippe Chatrier -- the scene of her only first-round major exit against Virginie Razzano in 2012.

The recent signs for Williams, seeded seventh, have not been good, with early defeats in both Rome and Parma earlier this month.

But, unsurprisingly, she has remained confident her form will turn around.

"My season doesn't usually start this late on clay. But the training isn't for nothing, so I know that it's just a matter of time," Williams after losing to Nadia Podoroska in the Italian Open second round.

The American star's match will though be the first of this year's tournament held behind closed doors as France still has a 9pm curfew in place due to Covid-19.

Just over 5,000 spectators are allowed to attend during the day, although that number will rise to over 13,000 on June 9, the same date the curfew moves to 11pm.