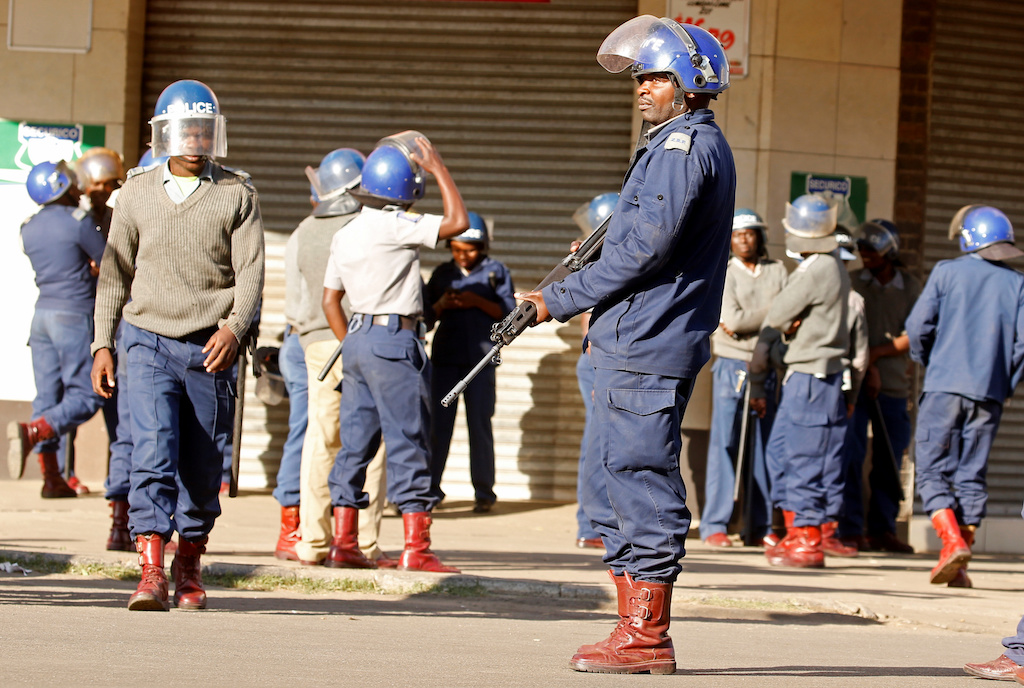 HARARE - Zimbabwe's main opposition MDC party succumbed on Friday to pressure from what it labelled a fascist government, calling off a street protest as armed police set up roadblocks and barred access to its Harare offices.

More than a hundred opposition supporters chanted party slogans and sang near a square in central Harare where protesters had been set to assemble but were chased away by baton-wielding police.

One woman was taken to hospital by ambulance after sustaining a deep gush on her heard.

Most businesses, including banks, were closed as workers stayed at home.

Anger is mounting as Zimbabweans grapple with soaring inflation, rolling power cuts and shortages of US dollars, fuel and bread.