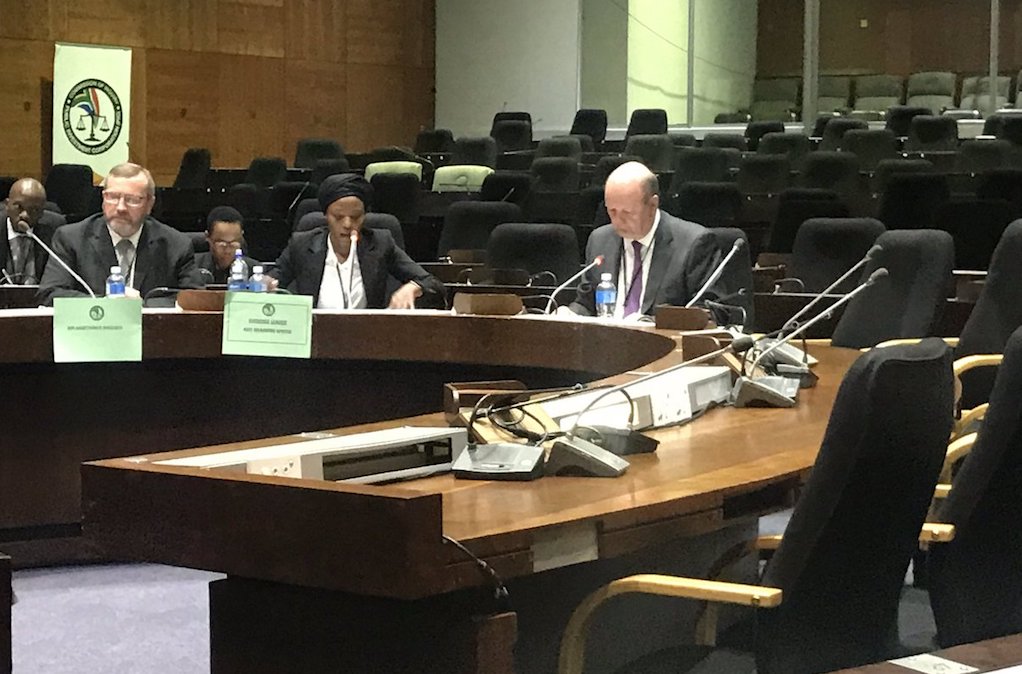 Ian Sinton from Standard Bank testified at the PIC inquiry.

JOHANNESBURG - Several people from the PIC have been reported to the Directorate for Priority Crime Investigation regarding a suspicious deal.

Dan Matjila, Royith Rajdhar, Wellington Masekesa from the PIC and Kholofelo Maponya were all reported to the Hawks regarding the transaction origination of fees related to a deal with SA Home Loans.

Standard Bank’s head of compliance, Ian Sinton, said the bank had been worried about the developments with SA Home Loans relating to Maponya's involvement for some time.

The sale of shares in SA Home Loans was proposed after the 2008/9 global financial crisis.

JP Morgan, one of the two stakeholders in the company, agreed to sell their stake to GEPF represented by the PIC.

The PIC introduced Maponya, the head of Matome Maponya Investment (MMI) Holdings, as the leader of the consortium proposing to buy half of JP Morgan's stake.

Sinton stated Standard Bank was reluctant to give consent for the sale but was eventually persuaded by Matjila.

He testified that once Maponya acquired a stake, an invoice of R59-million was issued as a transaction origination fee.

Maponya said because of his personal interventions at the PIC that had brought about the PIC decision to grant R9-billion facility.

Maponya then sent a letter from the PIC that gave notice that it had ceded to give him R45-million as a commitment fee.

The letter was signed by then CEO Dan Matjila.

After concerns were raised about the letter, the R45-million fee was rescinded.

Maponya stated his intention to challenge the retraction of the R45-million fee.

The matter was subsequently reported to the Hawks for investigation.