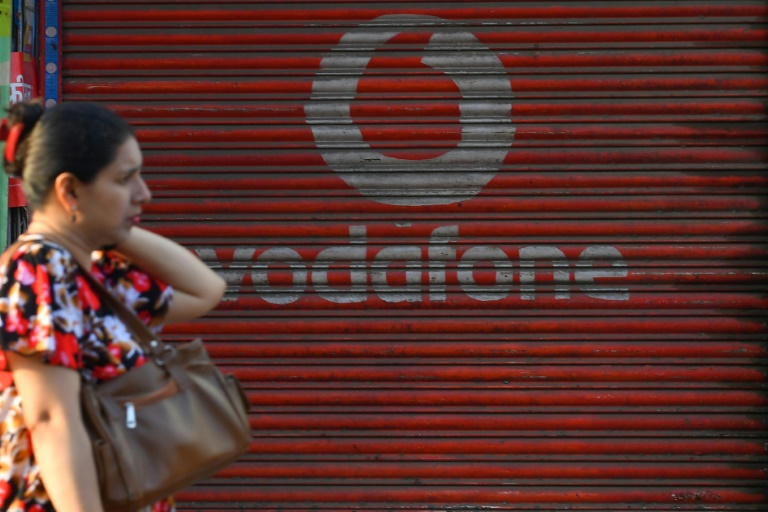 Vodafone Idea and other operators have been battered since Mukesh Ambani's Jio entered the market five years ago. AFP/Indranil Mukherjee

MUMBAI - Shares in telecoms giant Vodafone's debt-ridden Indian unit fell sharply for a second day on Wednesday following reports that its billionaire chairman thought the firm was on the brink of collapse and wanted to sell his stake.

Vodafone Idea and other operators have been squeezed hard since Jio, owned by Asia's richest man Mukesh Ambani, entered the market in 2016 with dirt-cheap internet and free calls.

In a June 7 letter to a cabinet secretary that emerged in news reports this week, Vi's Kumar Mangalam Birla offered to "hand over" his 27.66 percent stake to the government, saying the firm was at an "irretrievable point of collapse".

The firm's shares tanked more than 10 percent on Tuesday, the day after details of the letter emerged, and fell a further 18.5 percent Wednesday.

While it has pared Wednesday's drop, the sell-off has wiped about 54 billion rupees ($730-million) off its market capitalisation.

Total debt stood at 1.86 trillion rupees at the end of March and it has been struggling to raise funds from investors.

"We, as a group, try to provide them as much practical support as we can. But I want to make it very clear, we are not putting any additional equity into India," Read told an analyst call.

Vi is a joint venture between Indian conglomerate Aditya Birla and Vodafone, which holds a 44.39 percent stake.

With a market share of 24 percent in March 2021, Vi now lags behind competitors Bharti Airtel and Reliance Jio in the competitive Indian market of 1.3 billion people.

Last month, the firm reported a net loss of 69.85 billion rupees for the quarter ending March 2021.