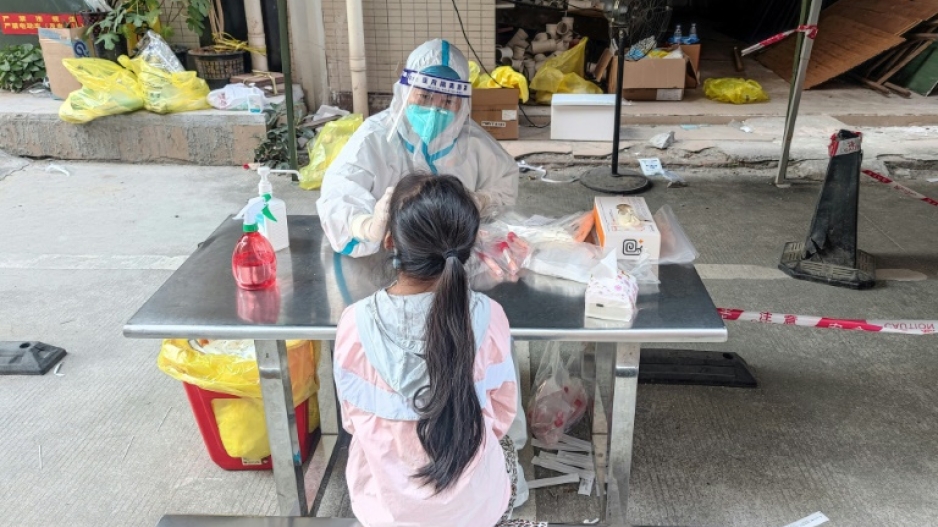 A resident undergoes a coronavirus test in Shenzhen. AFP/STR

SHENZHEN - China's southern tech powerhouse Shenzhen has partially eased lockdown measures, after President Xi Jinping stressed the need to "minimise the impact" of the coronavirus pandemic on the nation's economy.

Those areas have "achieved dynamic zero-Covid in the community", it added.

Millions remain under lockdown across the country, many under hyper-local restrictions aimed at smothering clusters as they emerge without shutting down entire cities.

China has firmly stuck to a "dynamic zero-Covid" strategy since the pandemic began, through targeted lockdowns, mass testing and travel restrictions -- an approach that has left it increasingly isolated in a world adjusting to the pandemic.

The new measures in Shenzhen were introduced to balance "epidemic prevention and control with economic and social development", said a notice from the city's virus response command centre.

Shenzhen is home to supply chains for major companies making everything from iPhones to washing machines, while some of China's biggest tech firms also have campuses around the city.

Yantian port, whose three-week closure last summer due to an outbreak exacerbated global shipping delays, is included in one of the districts where measures were relaxed.

The notice added that Shenzhen's epidemic situation "remains severe, but is generally controllable" and that the city had completed two rounds of mass virus testing on its population.

Shenzhen-based factories of iPhone manufacturer Foxconn temporarily shut down earlier this week due to virus lockdowns, which triggered a major selloff of Chinese tech stocks listed in Hong Kong.

The measures came after Xi referenced the spiralling economic costs of China's zero-Covid strategy during a Politburo meeting Thursday where he vowed to "stick to" the approach, saying "persistence is victory".

Eight Shenzhen officials have been dismissed so far over their perceived negligent handling of the outbreak, according to a Friday notice on the city's official Weibo account.