Shoppers stock up on liquor as sales resume 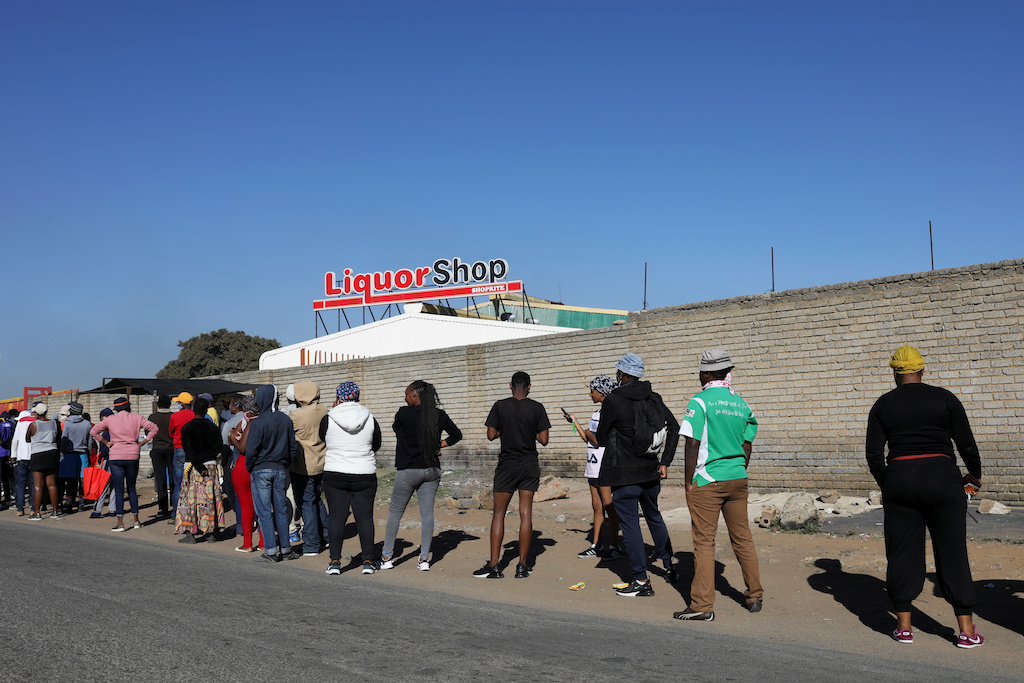 People wait in line to buy alcohol as South Africa lifts a lockdown lasting two months, to try to revive the economy amid the spread of the coronavirus disease (COVID-19), in Soweto, South Africa June 1, 2020.

JOHANNESBURG - South African shoppers filled trolleys with cases of beer and cider and bottles of whiskey and wine on Monday as the government eased the coronavirus lockdown to allow the sale of alcohol to resume after a nine-week ban.

South Africa, which has one of the highest rates of alcohol consumption per capita in the world, banned the sale of liquor in late March to ease hospital workloads and prevent a rise in domestic violence related to alcohol abuse during lockdown.

Under looser restrictions, alcohol will be sold for home consumption from Mondays to Thursdays, a welcome relief for an industry on its knees due to the ban.

"There is a significant amount of profit lost, we were losing turnover every day," Jimmy Constantinou, who has been managing a liquor store in Johannesburg's Alexandra township for six years, told Reuters inside the busy store.

"It's obviously good that we're open again but in terms of business it's going to take a while to get there."

An estimated 117,600 jobs have been lost in the industry, with 13-percent of the craft beer sector in the process of shutting, while the wine industry was in severe distress, said Rico Basson, chief executive of Vinpro, a wine industry body.

A few kilometres from the township, more than 100 people snaked around the parking lot of Makro Liquor, owned by Massmart, with bottle store owners loading cases of beer and cider onto pick-up trunks.

Software developer Teboho Mofokeng waited in the queue for more than two hours for his six bottles of whiskey, saying his alcohol stock ran out during lockdown.

"I've been without liquor for some time now," he said. "I'm over-excited and relieved."

Some retailers placed limits on purchases, with Checkers limiting online orders to 120 litres per order.

Online alcohol stores and delivery apps were dealing with high volumes of orders after President Cyril Ramaphosa's announcement to further reopen the economy.