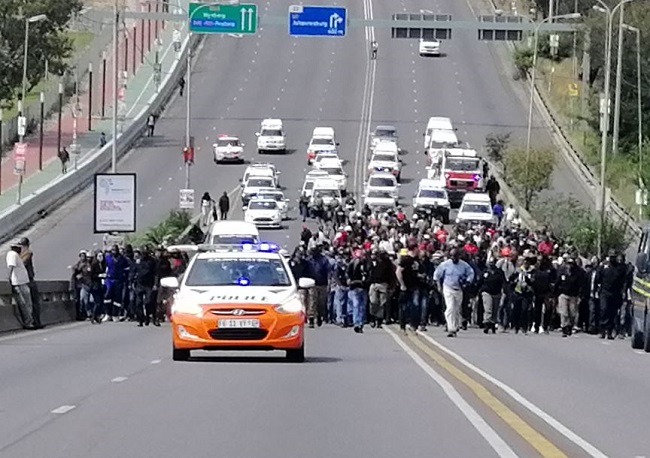 File: The Total Shutdown Movement has vowed to bring Sandton to a standstill.

JOHANNESBURG - The Total Shutdown Movement has vowed to bring Sandton to a standstill.

Various organisations will march to Sandton to protest against gender-based violence and xenophobia in South Africa.

They are set to picket outside the Johannesburg Stock Exchange.

“We want to reiterate that despite the silence of corporate leaders in the midst of this national crisis and their continued business-as-usual attitude in the midst of the scourge of violence against women and girls; we will no longer allow them to continue with the facade of being ‘innocent bystanders’,” the movement said in a statement.

South Africa has been gripped by ongoing gender-based violence and attacks on foreign nationals.

A number of women have been brutally killed recently.