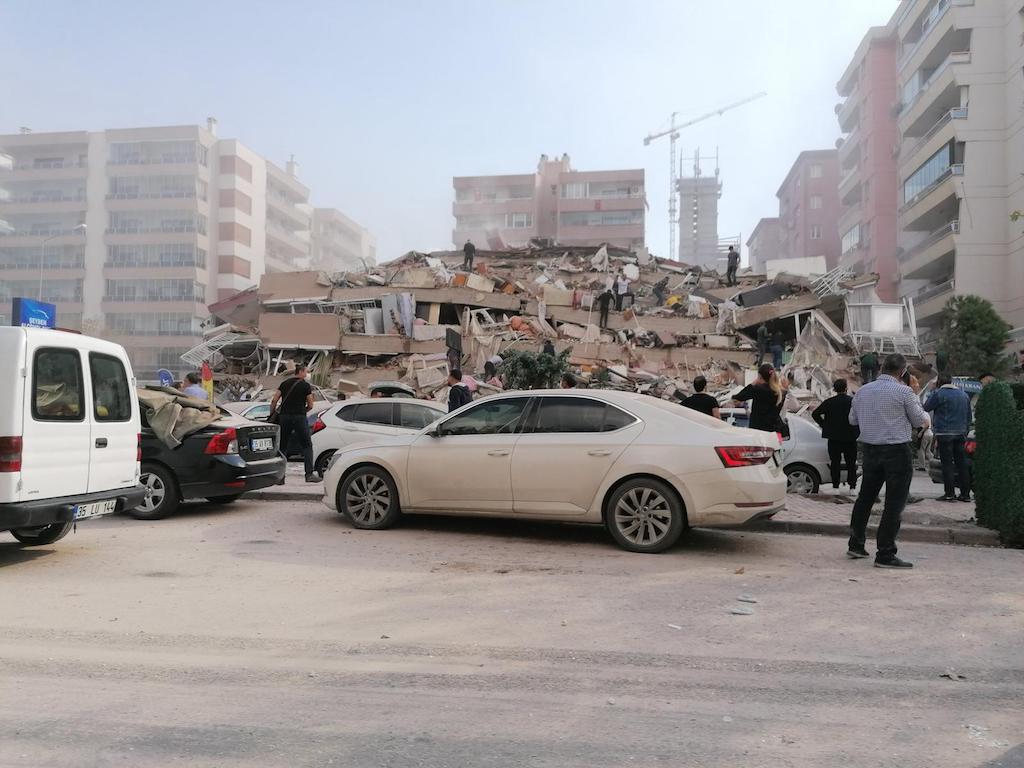 People look for survivors at a collapsed house in an earthquake-hit area of Izmir after major 7.0 magnitude earthquake struck off the coast. AFP/Demiroren News Agency (DHA)

ISTANBUL - A powerful earthquake hit Turkey and Greece on Friday, killing at least six people, levelling buildings and creating a sea surge that flooded streets near the Turkish resort city of Izmir.

The US Geological Survey said the 7.0 magnitude quake was registered 14 kilometres off the Greek town of Karlovasi on Samos.

Much of the damage in Turkey occurred in and around the Aegean resort city of Izmir, which has around three million residents.

Images from the popular vacation destination showed collapsed apartment buildings and dazed people trying to make their way through rubble piled high on the streets.

Izmir's mayor Tunc Soyer told CNN Turk that 20 buildings had collapsed, with officials saying they were focusing their rescue efforts on 12 of them.

Turkey's disaster agency reported the death of six people, and said that more than 200 were injured.

On the Greek island of Samos, near the quake's epicentre, people rushed out into the streets in panic.

"The walls of some houses have crumbled and several buildings are damaged," the island's deputy mayor Michalis Mitsios was quoted as saying by public broadcaster ERT.

"It was chaos," added fellow deputy mayor Giorgos Dionysiou. "We have never experienced anything like this."

The Greek civil protection agency told Samos residents in a text message to "stay out in the open and away from buildings".

Greece and Turkey are both situated in one of the world's most active earthquake zones.