Six killed in shooting during US July 4 parade 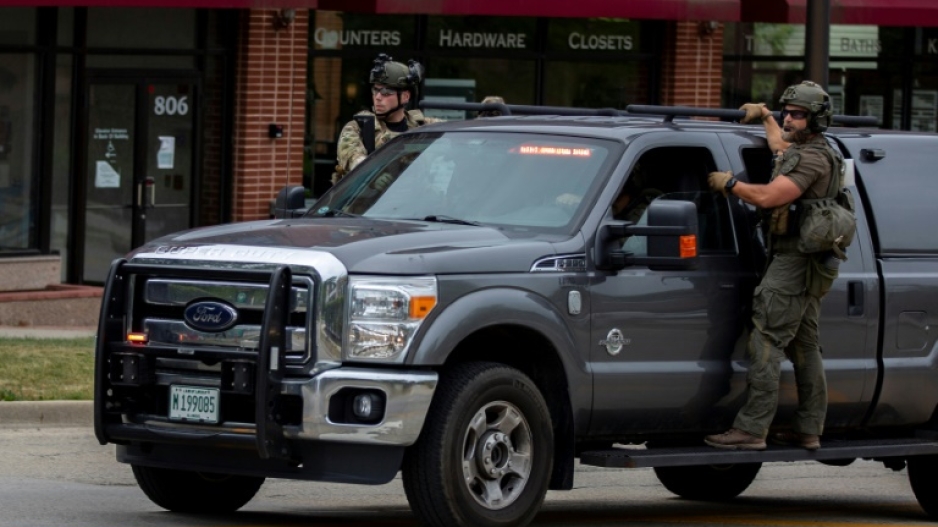 First responders at the scene of a shooting at a parade on July 4, 2022 in Highland Park, Illinois. AFP/Jim Vondruska/Getty Images

HIGHLAND PARK - A shooter opened fire during a parade to mark US Independence Day in the state of Illinois, killing at least six people, officials said.

"At this time, two dozen people have been transported to Highland Park hospital. Six are confirmed deceased," Commander Chris O'Neil of the city's police told journalists.

The suspected shooter, who is still at large, has been described as a white male aged 18-20 with longer black hair, O'Neil said.

"All individuals are still urged to shelter in place at this time," he added.

Nancy Rotering -- the mayor of Highland Park, which is located near Chicago -- gave the same toll and condemned the holiday violence.

"On a day that we came together to celebrate community and freedom, we're instead mourning the tragic loss of life and struggling with the terror that was brought upon us," she said.

Both officials said the shooting began at around 10.14am.

Multiple law enforcement agencies, including the FBI, the state police and the local sheriff's office, are assisting with the response.

Highland Park announced that all July 4 festivities had been cancelled as a result of the violence, as did nearby Evanston.

"While there is no known threat to Evanston residents, the shooter is still at large; therefore, cancellations are taking place in an abundance of caution," the city said.