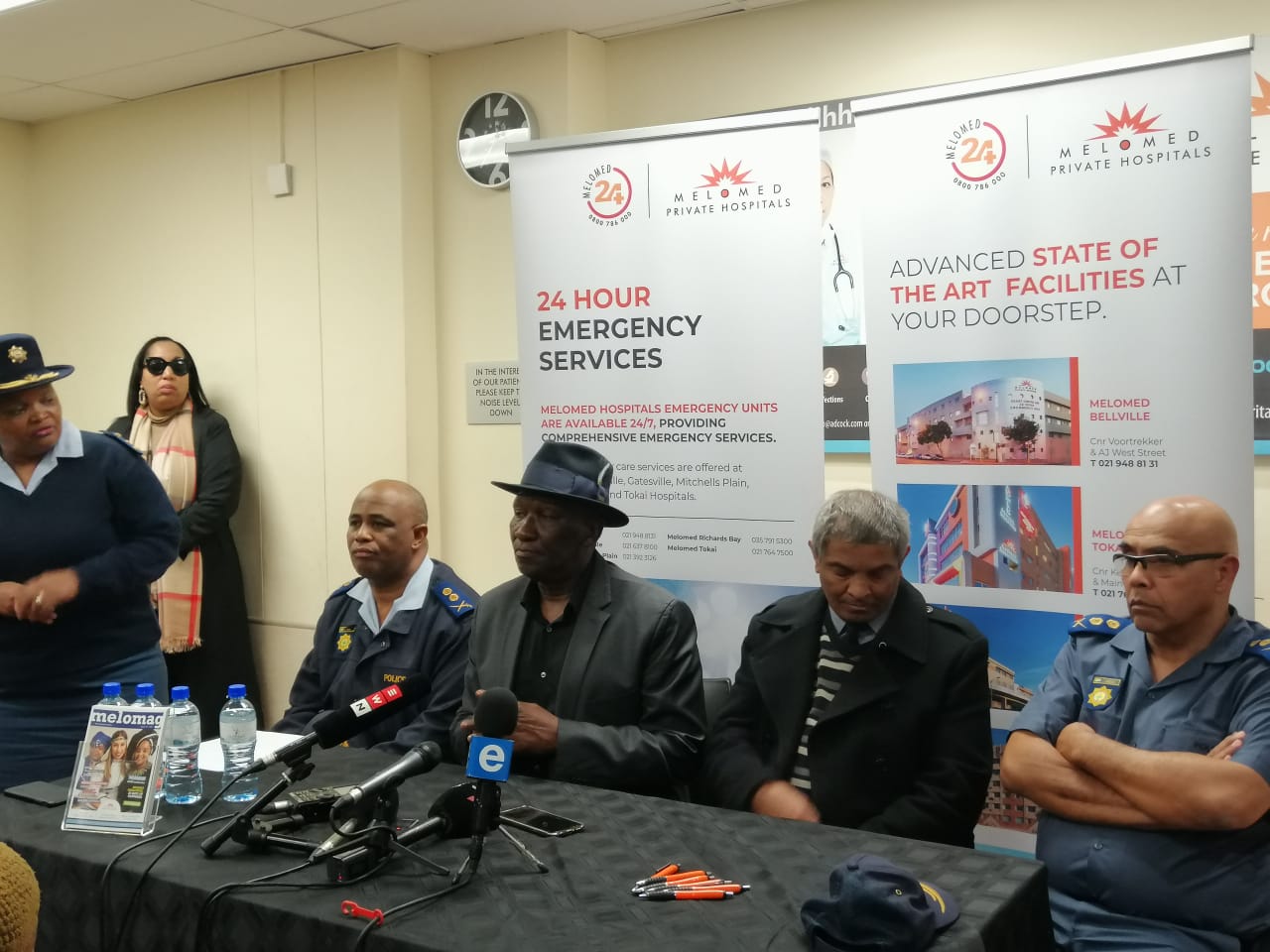 Police Minister Bheki Cele and senior police officials brief the media on an incident on 12 June 2019 in which anti-gang unit members were shot at.

CAPE TOWN - Police are hunting for suspects following a shooting in which six police officers from the Anti-Gang Unit (AGU) were wounded.

The incident happened on Wednesday morning in the Samora Machel informal settlement in Nyanga.

The AGU members were conducting an investigation operation in the area.

"The members had just apprehended one suspect who led them to another who was sought for serious crime when shots came from one of the shacks," said police spokesperson Novella Potelwa.

All six AGU members were admitted to hospital and trauma counselling will also be offered to them.