With a smile, Trump tells Putin 'don't meddle in the election' 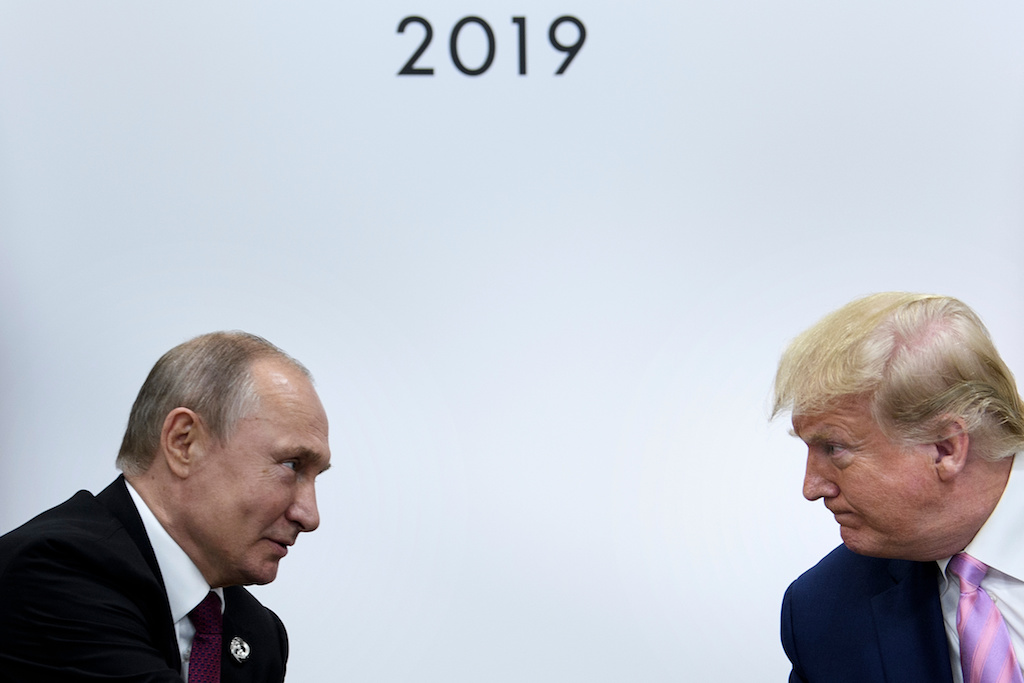 US President Donald Trump (R) attends a meeting with Russia's President Vladimir Putin during the G20 summit in Osaka on June 28, 2019.

JAPAN - Much of Donald Trump's time in office has been overshadowed by allegations Moscow helped get him elected, but when it came to confronting Vladimir Putin on the issue, the US president did it in a joke.

"Don't meddle in the election, president, don't meddle," Trump said with a smile, wagging his finger playfully at the Russian leader as the pair held talks in Osaka on Friday, on the sidelines of the G20.

Putin said nothing, but grinned in response to the comment, which came only after a reporter shouted a question, asking whether Trump would warn his Russian counterpart about influencing the presidential vote next year.

And the casual banter appeared to have started early on in the meeting, with footage that emerged later showing Trump calling journalists in the room "fake news" to smiles and nods from Putin.

"Fake. Fake news. You don't have the problem in Russia," Trump can be heard saying to Putin, in video of the start of their meeting, aired by CNN.

"Yes. Yes. Yes. We have the problem," Putin responded in English.

"The same," he added, laughing, prompting Trump to laugh as well.

The meeting was the first time the two leaders have held face-to-face talks since a controversial meeting last year in Helsinki.

Trump has been dogged throughout his presidency by allegations of suspicious ties to Russia.

A major probe led by special prosecutor Robert Mueller found there was an organised Russian campaign to influence the 2016 election won by Trump.

It found contacts between Russian operatives and Trump's election campaign, but no evidence of a joint plot, and the US leader has characterised the findings as exonerating him.

Ahead of his meeting with Putin, Trump brushed aside questions from reporters about what they would discuss.

READ: Ramaphosa off to G20 Summit

"What I say to him is none of your business," he said at the White House.

But on Friday Trump said the pair would be discussing "trade... some disarmament, a little protectionism perhaps."

"A lot of very positive things are going to come out of the relationship," he predicted, to smiles from Putin.

"I cannot but agree with Mr. President," the Russian leader said.