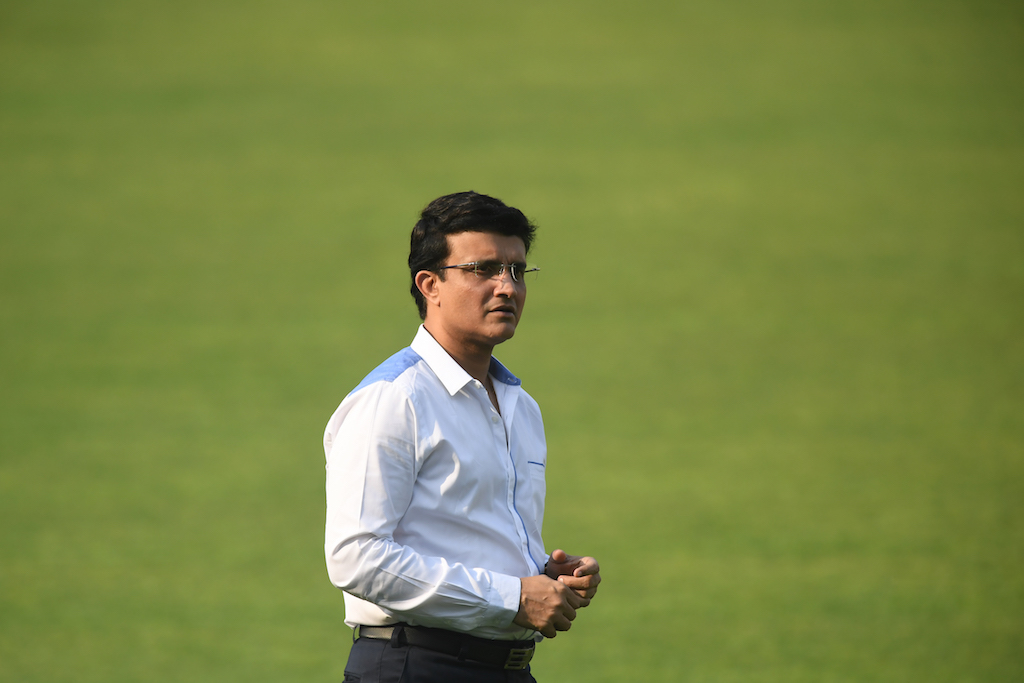 File: The president of the Board of Control for Cricket in India (BCCI) Sourav Ganguly inspects the preparations at The Eden Gardens cricket stadium in Kolkata on November 20, 2019, ahead of the second Test cricket match between India and Bangladesh.

JOHANNESBURG - South African director of cricket Graeme Smith on Thursday made a strong call for India's Sourav Ganguly to be the next chairman of the International Cricket Council.

Smith said he believed Ganguly, a fellow former Test captain and current Indian board president, was the right person to lead the game at a time of crisis caused by the COVID-19 pandemic.

"It is very important to have the right person as head of the ICC," said Smith.

"Post-COVID, cricket will need strong leadership and it is time for someone close to the modern game with leadership credentials to get into the position."

Shashank Manohar, the current chairman of ICC, also from India, said last December that he would not seek re-election when his term expires at the end of May.

Speaking in a teleconference, Smith made his call for Ganguly's election after Cricket South Africa interim chief director Jacques Faul said plans for South Africa to host a three-match Twenty20 series against India in late August remained on track, although it would require approval from both governments in view of COVID-19.

Faul said that the dates could change and that "if necessary" the matches would be played without spectators.

Faul said that he welcomed Smith's call for Ganguly to head the ICC, but cautioned that it was not yet official policy endorsed by the CSA board.

Dr Shuaib Manjra, CSA's chief medical officer, said a T20 series would be an ideal opportunity to create what he described as a spectator-free "bio bubble" in which the health of players and officials was paramount.

He acknowledged that under current conditions, a 14-day quarantine period, both before and after a tour, would be necessary for players.

Smith said a planned South African tour of the West Indies, scheduled to start in July, was likely to be delayed, depending on the finalisation of plans for the West Indies to tour England.

He said it was possible that matches could be played at neutral venues.

"Nothing is cast in stone at the moment," he said.