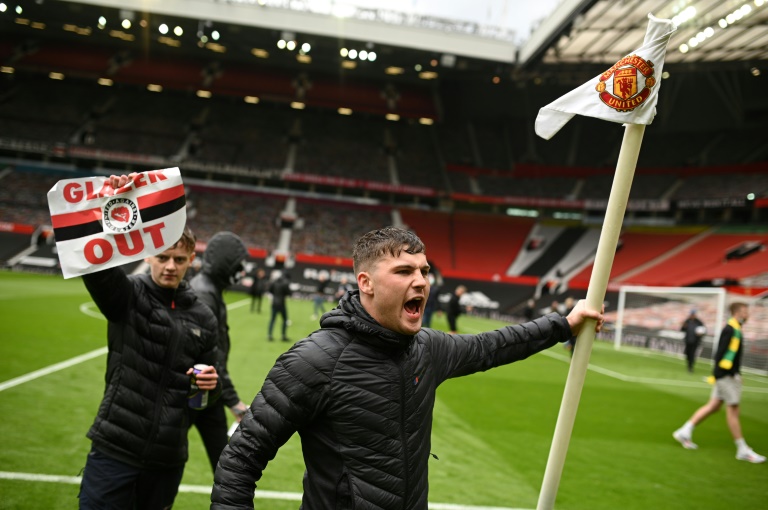 Fan anger at the American owners has been stirred up by the European Super League fiasco, with thousands of protestors descending on Old Trafford demanding change in the hours before the scheduled kick-off.

A number of supporters broke into the stadium and invaded the pitch while another group made their frustrations clear at the team hotel in the city centre.

A police spokesman said six officers were injured as flares were let off and bottles thrown during the protests. One officer sustained a fractured eye socket and another a facial wound.

A 28-year-old man was charged with a number of offences including throwing fireworks and use of threatening behaviour.

"It was a difficult day for us," said Solskjaer, speaking ahead of Thursday's second leg of United's Europa League match against Roma in Italy.

"Of course we wanted to play, we wanted to beat Liverpool for the fans because our job has to be getting good performances, good results on the pitch.

"That's the players' focus, that's my focus but, as I said before the game, we have to listen.

The Norwegian added: "Unfortunately, when you break in, when police officers get injured, scarred for life, that's too far. That's one step too far.

"When it gets out of hand like this, it's a police matter. It's not about showing your opinions anymore."

United, seeking their first silverware since 2017, won the first leg against Roma 6-2 and are almost certain to reach the final, where they will play Arsenal or Villarreal.