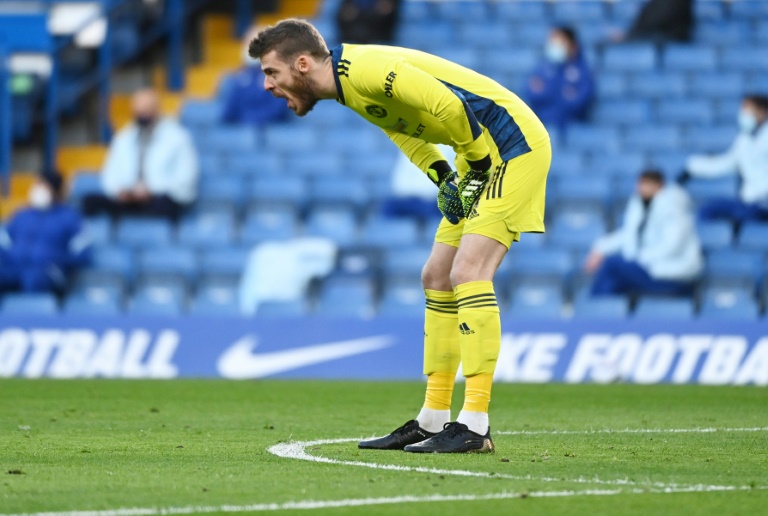 Speculation has grown over the future of the 30-year-old De Gea, who has not started a match since the 0-0 draw with Chelsea on February 28.

The former Atletico Madrid star, previously the undisputed number one at Old Trafford and capped 45 times by Spain, has been linked with a move to Atletico, Real Madrid or Paris Saint-Germain.

United manager Solskjaer, speaking on the eve of his side's Europa League quarter-final first leg against Spanish side Granada, talked up the value of competition in the squad.

"When you're a part of Man United, there will always be players that come in and they're not just there to fill the squad," he said.

"I was there as a striker when we signed loads of top strikers like (Wayne) Rooney, (Teddy) Sheringham, (Dwight) Yorke. But I wanted to show the manager that I still had a role to play.

"David (De Gea) has had 10 fantastic years at Man United. Sergio (Romero) probably played fewer games than he deserved. Dean comes in and he wants to play. It's a healthy competition."

Solskjaer said both goalkeepers were happy to sit on the bench if the other got the nod.

"Every time I try to explain to players why they aren't playing, those discussions remain private," said the Norwegian.

"David (de Gea) has been a top keeper and is still a top keeper. I'm very comfortable playing with David or Dean and I'm pleased that either of them are happy to be a sub."

The Europa League is United's last hope of silverware this season and Solskjaer is hoping that forward Marcus Rashford will be able to play some part in the away leg.

The 23-year-old was taken off in the second half of Sunday's 2-1 comeback win against Brighton but was fit enough to train on Wednesday.

"Marcus is travelling and we've just got to make a decision tomorrow if he starts or is on the bench," said Solskjaer. "I don't think he'll be a 90-minutes man."